I am wondering how folks have run light wiring for lights mounted on the extrusion. For example, I have some Squadron S2 Work Sconces on the left and right rear corners so I can light up the ground while I initially set up camp as well as effective “reverse” ditch lights. These are mounted to the small accessory brackets and are pretty slick! In case anyone wants to really simplify their life - check out the Trigger Six-Shooter.

So the question is - what the heck do I do with the wires? Initially I have them tucked into the corners of the side cabana doors (near the top rear corner) but the wires are preventing a good seal on those doors. I want to explore a better solution so I can get those door sealed up like they had been. I don’t really want to run wires externally on the entire length of the tent but don’t really see how else to do it.

Anyone have any creative ideas here?

Also - for solar, I opted not to put a hole in my roof for a gland - plus running wires into the tent/camper doesn’t really help me as my BCDC solar controller is mounted to the main battery under the hood, I just ran the wires around the hinge, down the gap between cab and bed of truck, and under the truck into the engine bay with the main harness. 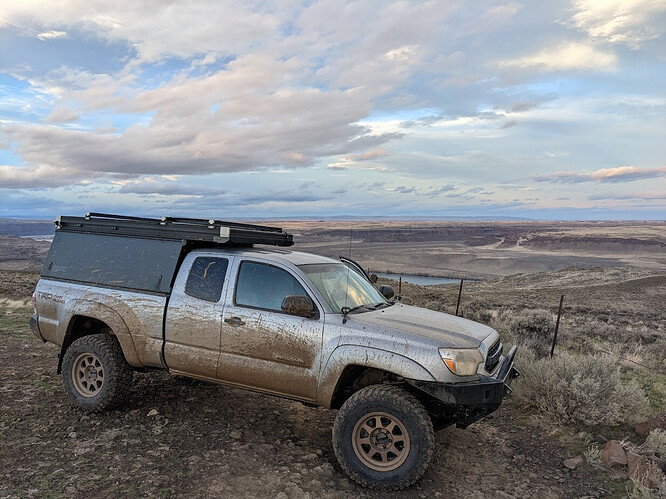 I’ve considered mounting lights under my rear corner panel for the same effective purpose. I’m not over the moon about mounting stuff to the camper and I think they would get ripped off the camper on narrow forest roads.

yea - its a def no no if you wheel hard. i will hit deep ruts and stuff but stay out of the technical trails with my daily driver.

I have seen others mount on the back side of the tent extrusion which would give you about the same without putting anything on the sides that will get knocked off by a poorly placed tree.

People have mostly just run them through the top corners. I haven’t hooked my rear ones up yet but I did test fit things and it didn’t seem to mess with the seal much at all for my v1. If that becomes a problem I will just run the length of the side and run them between the truck bed and the cab. Not ideal but oh well

I get a little rain dripping in with the wires - it is pretty minimal but it does impact the seal on the v2. If I have the rear door open in the rain, it collects water on the hinge which flows out to the corners and that seems to put a fair amount in where the wires are creating small gaps at the seal - something i noticed yesterday and inspired the post.

Hoping for a clever idea - trying to think of one myself as well. 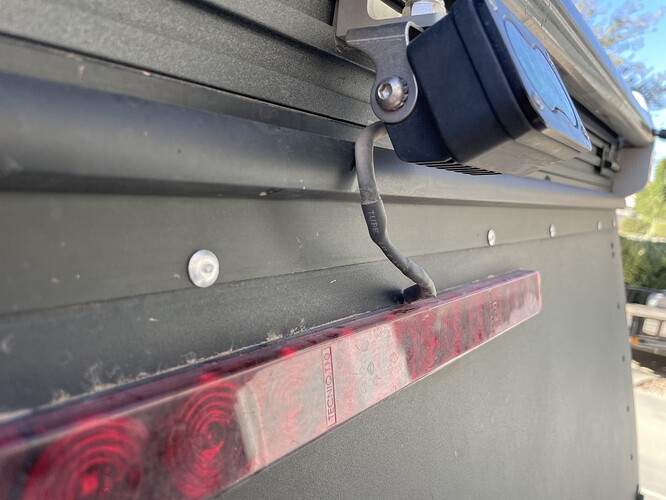 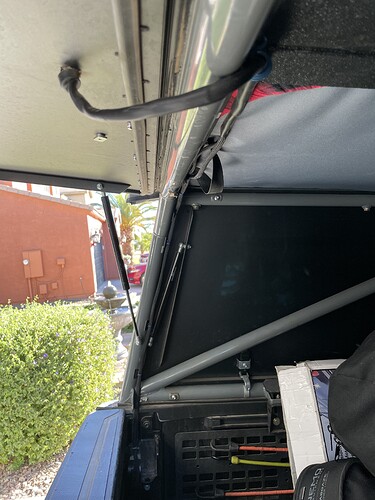 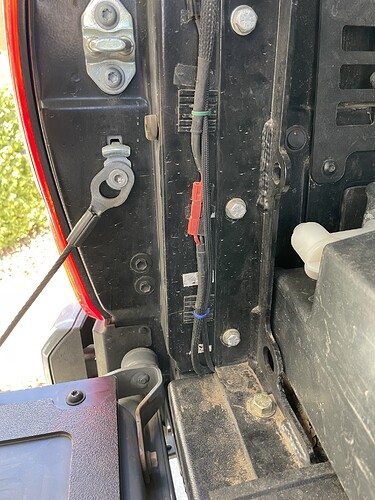 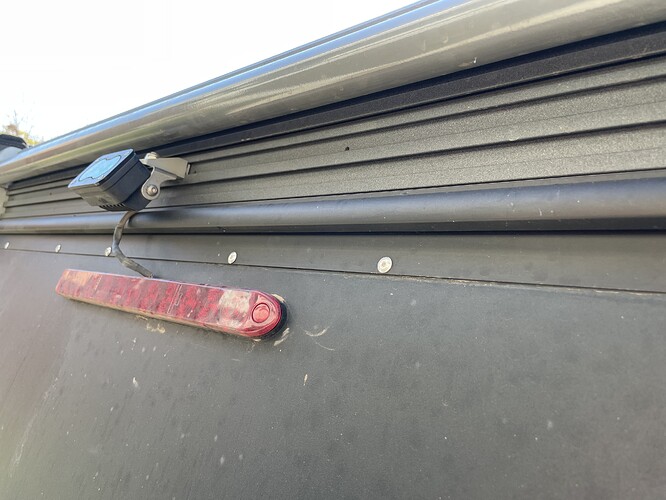 Mounted directly above 3rd brake light on camper. Ran the wire through the light and followed the brake light wire down below the bed and under the truck
Used a dremel for the gap needed in the 3rd light. A little bit of silicon to ensure a tight fit, had this for almost 2 years and nothing to worry about other than the thickness of the wire shrink wrap as that makes it tough to bend. Recommend using a smaller gauge wire toward then end to ensure pliability.

Thanks, that’s a clever idea.