Does anyone else get water in their tent after it rains? This is what my tent looks like after any rain shower. I wanted to see if anyone else in the community experiences this and if this is normally expected from a tent of this quality/price.

I’ve had to remove the mattress because it has been getting saturated with water after a rain storm.

RTT picked up and installed at GFC April 2022. 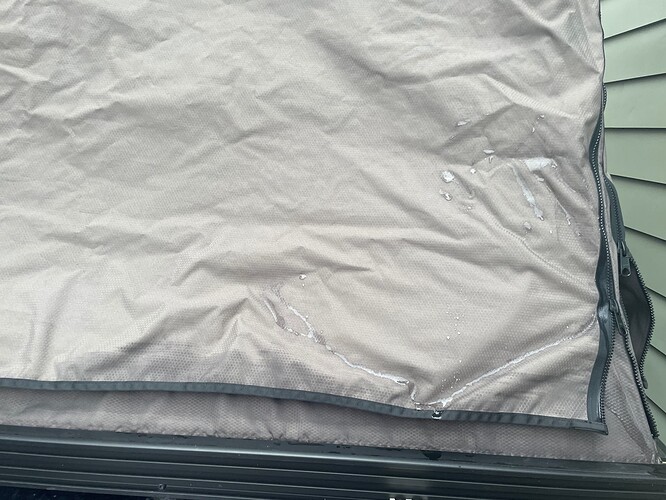 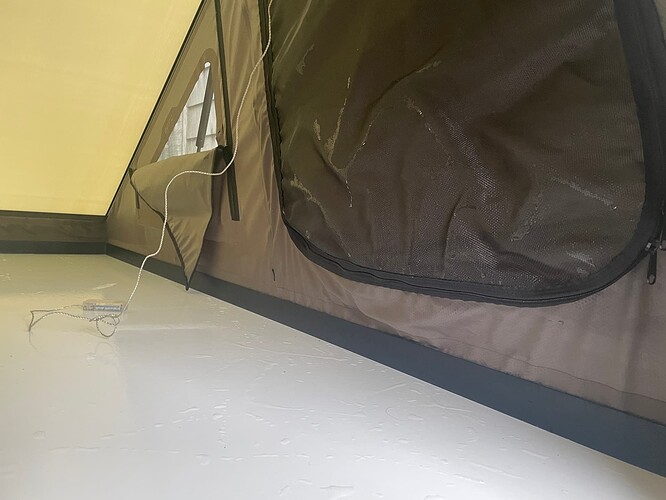 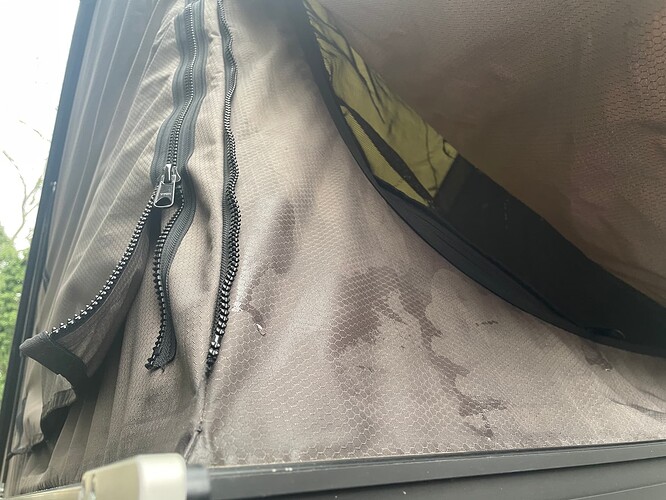 Look up the weatherization thread and make sure you file a service claim with GFCI so they start working with you.

Out of curiosity, what area are you located?

As those of you who have been communicating with our Service Team know, we’ve been actively investigating the cause of the water intrusion some campers have been experiencing. Water is a tricky beast so we’ve treated it as such by looking into more than just the obvious scenarios that could result in water inside the tent (a thing that is definitely not supposed to happen, just so you know). We’ve found that there are two primary root causes of potential water intrusion when the tent is closed: …

Thanks @blackhearse i have been posting there but after realizing it was delisted I wanted to start a more public thread to see if I could get some more data points.

do you have an idea where the water is coming from? I can’t tell 100% but it looks like you are missing the weather stripping around the extrusion

@blackhearse i do have the weather stripping around the top extrusions. I noticed that my tent has drain holes in the upper, side extrusions that allow water to drain inside the tent which is really unfortunate. Third picture shows the hole on the underside of the extrusion, not the slots cut on the sides.

Does anyone else have this hole in their tent? 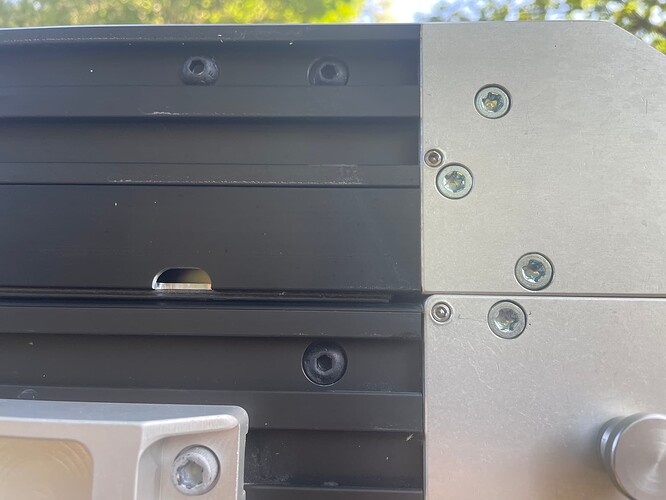 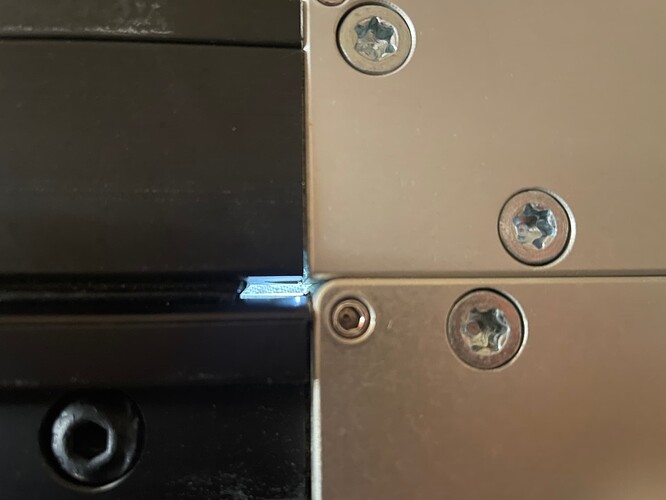 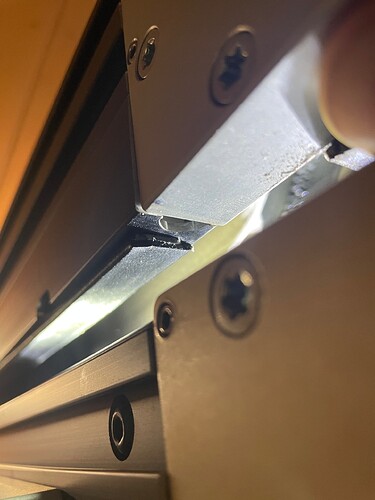 that right there is kind of messed up. try plugging it up maybe? mine doesn’t have that hole and it’s dry. I wish I knew why I have what seems like the only dry GFC. this is 1 more example why there might be a pvc cover aftermarket boom. might be checking out coversandall.com

I just did a rough estimate. They also do custom work. I got a 4x10 tarp to hang as an awning off the back of mine. it’s solid…

wonder if there is a bulk discount

That’s a cool idea but it really defeats the purpose of the hardshell tent!

Something that is curious to me is how the main tent fabric (sides and rear) are normally wet after a rain event but the windows and doors aren’t as if the water was being wicked up from the side/rear extrusions. 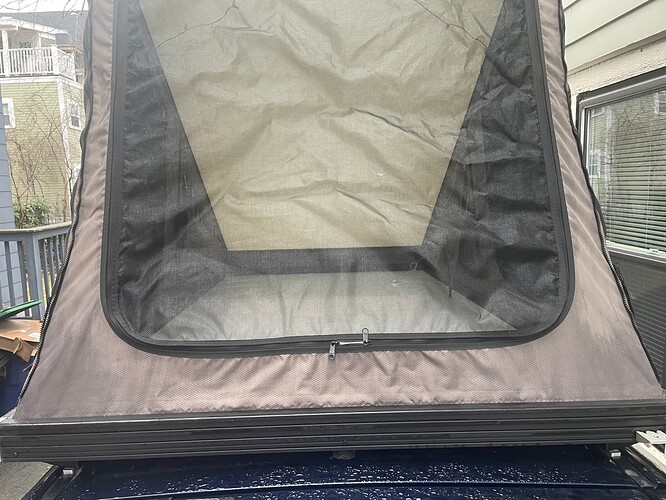 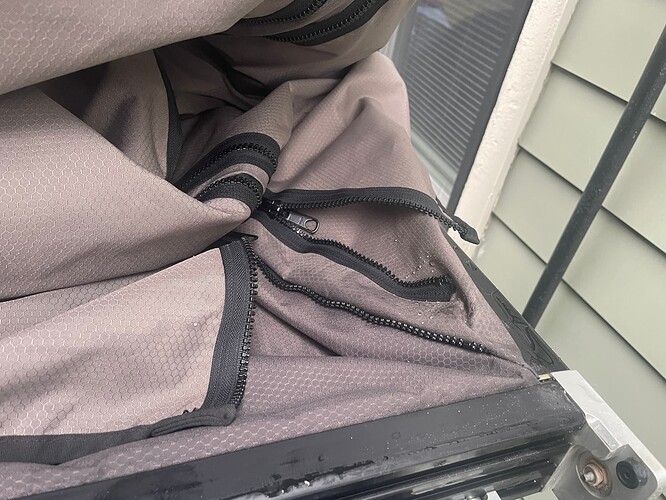 When you get water is it with the cushions stored in there or not? I first noticed water intrusion and pulled my cushions… Because I didn’t want them getting wet. GFC told me cushions are an integral part of keeping water out but pushing the fabric up against the walls of the hardshell.

I didn’t realize they hid that old thread.

GFC has had really bad luck with keeping water out. Seems like they are trying to keep it under wraps because who would buy something where leaking is such a known issue?

This issue has been around since the V2 launched… when was yours installed? Was it new when you got it?

I have since removed my mattress because it was getting soaked every time it rains. I’ll need someone smarter than me to explain how the tent fabric (which absorbs water) is the waterproofing for the tent. IMO it should be taken care of with the hard materials on the exterior of the tent and the water resistant fabric is a bonus and to help prevent mold and aid in resisting water when camping in the rain.

I’m not talking about a little bit of water either. Here is what my mattress looks like after a rain. It’s an EXPED, which doesn’t come with the tent, but I roll all the air out completely before storing and make sure the rails are completely closed and there is no bulge in the roof. GFC also didn’t think the change in mattress was an issue. There was no other bedding/materials in the tent when I pulled out the mattress and took this picture. 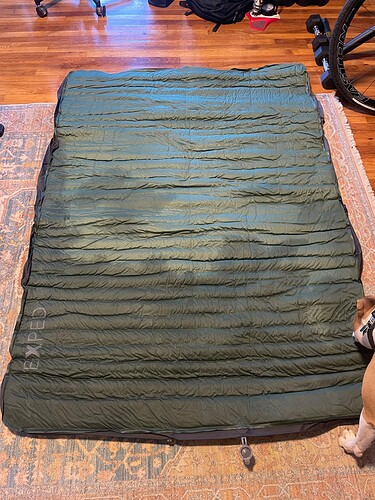 I am not saying it should be that way or that it makes sense, just that’s something I was told by them. I think it’s ridiculous as well but did find less water… not NO water… got in when I put the cushions back in.

April 2022 was probably about when I was back out there getting my tent replaced due to the same water intrusion issue.

There’s still some water in a good rain.

I picked up a V2 RTT this June and I live in north Bellingham area in Washington. I keep it my garage when I’m not at work and I live out of it for 2-4 days a week year round. I haven’t had any issues yet. I have the matress out, an exped duo in place and no issues even in the ice/snow storm recently when snow and ice got in my house, the GFC was fine after long commutes.

That sure seems like a lot of water and I’d contact GFC asap. There should be no reason the can’t find a fix or give you your money back if they stand by it. I’ve had good experiences contacting them on a warranty issue I had with the tent fabric this last fall.

Glad to hear your tent is keeping out the water @Jschlomer . The Exped is a game changer too, so comfortable! I’ve been in contact with them since August but we haven’t found a solution yet. @Jschlomer if you’d be willing to help do a bit of comparison… do you have the same hole cut here? Water was pooling in that machined pocket the last couple times I opened my tent after a rain event. I’m wondering if it’s a drain path from the upper, rear extrusion. (I’ll upload for reference) 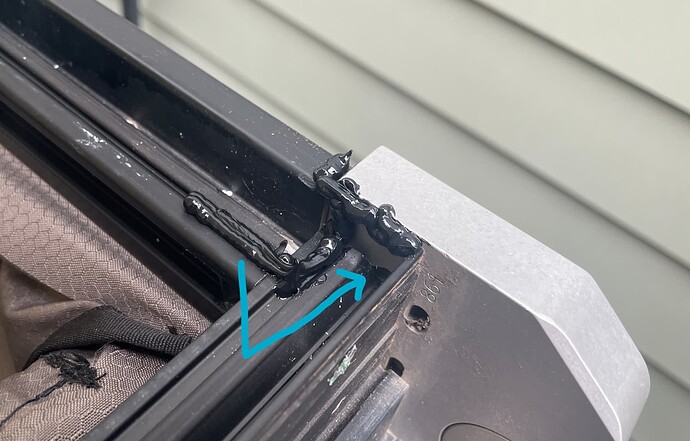 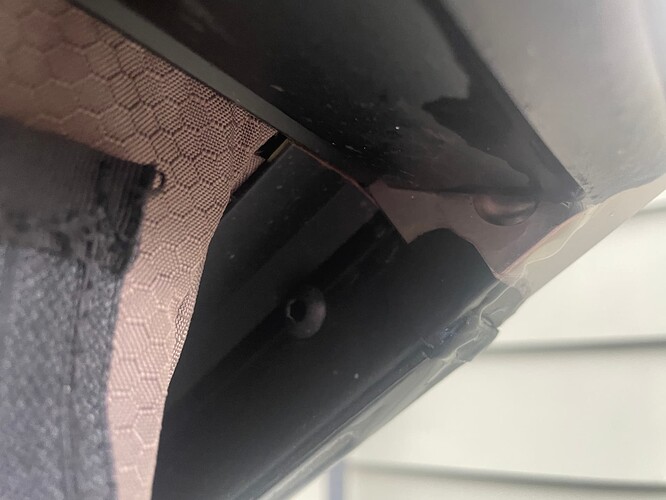 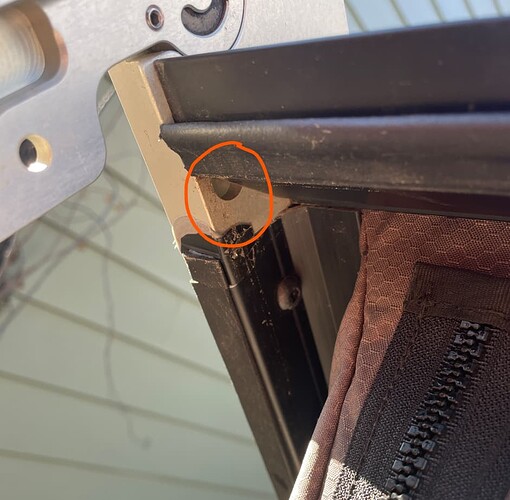 How do you fellow PNW folks (Olympia here) control mildew / mold on the tentage? Do you all have garages with enough overhead clearance to open the tent up fully? I can open mine maybe half way which is enough to unzip it all and pull the tenting, doors and windows out. Hopefully a small heater inside the truck bed will be enough to dry things out. My 270 degree batwing is a separate issue……garage isn’t deep enough to fully open it with the truck inside so I’ll have to back in, leave the truck nose outside and hopefully dry it out somehow. Maybe a tarp hung across the open section of the entrance will hold enough heat in the garage to make this workable.

Not pnw but I can’t open mine fully in the garage either but if you open as much as you can, pull out the removable sections, and put the space heater in the back overnight usually drys everything out well here in the Utah winter. make sure there is a place for hot air and humidity to rise out of the tent. And if you can heat up the garage as well. ( I have a diesel heater that I use to heat my garage I just crack the door and have it blow hot air in with one hose and use another to pull cold air from the garage and make the air dry out more.

My awning I just open as much as I can and and have a fan blow across it. While everything else is drying out. sometimes spray some diluted vinegar on the awning to kill off anything that could grow…

I just got back from winter camp, and when I opened my tent it was totally soaked inside. I had the mattress sheets, a blanket and pillow up there and it was all water logged. The last time I opened it was Thanksgiving and the edges were damp like normal. But this was bad, you could smell the mildew. I had just taken it to GFC in August and they put the weathering kit on.

So, the fact that GFC hid the other thread is a big concern…
I have had no water intrusion in the tent portion of mine (picked up April 1 2022) even with getting 15 inches of rain in 24 hours, yes, 15.
So I am one of the lucky ones so far. The camper portion has leaked from various places all along. I have managed to seal up some of it, but without just caulking the whole thing to the truck bed I don’t see getting them all.