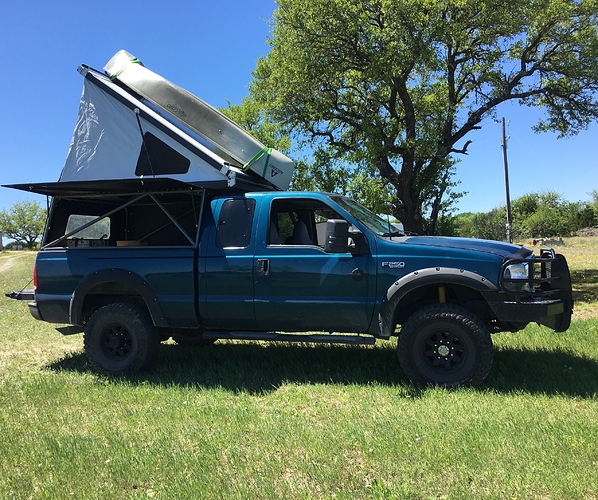 As far as the truck bed area, I built a box with two drawers, and a hinged storage area over in the bed. The drawers go to the middle of the wheel wells and there is a piano hinge at the back of the cab that allows access to the back half of the storage area. There are also some removable panels that allow access to the empty space in front and behind each wheel well. 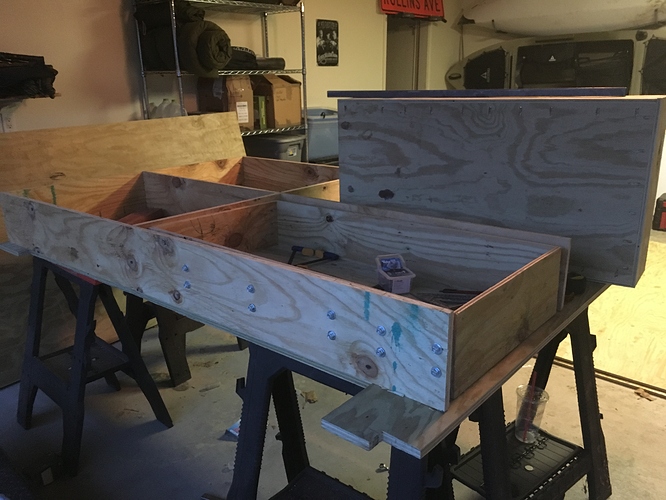 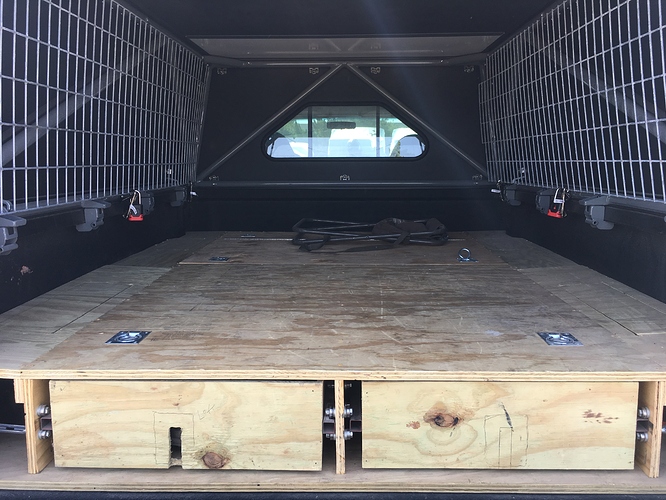 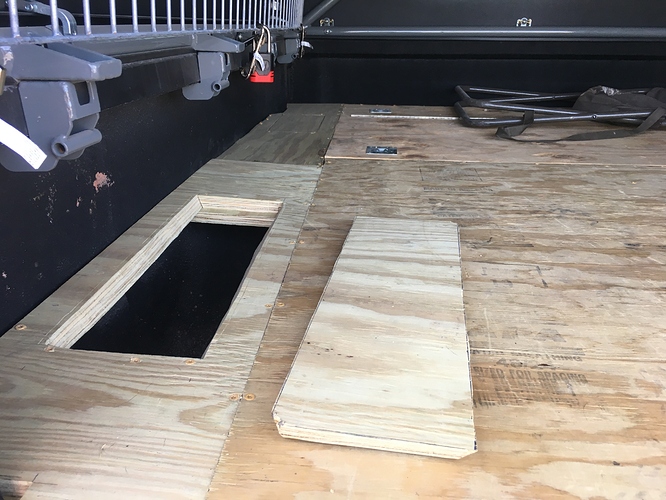 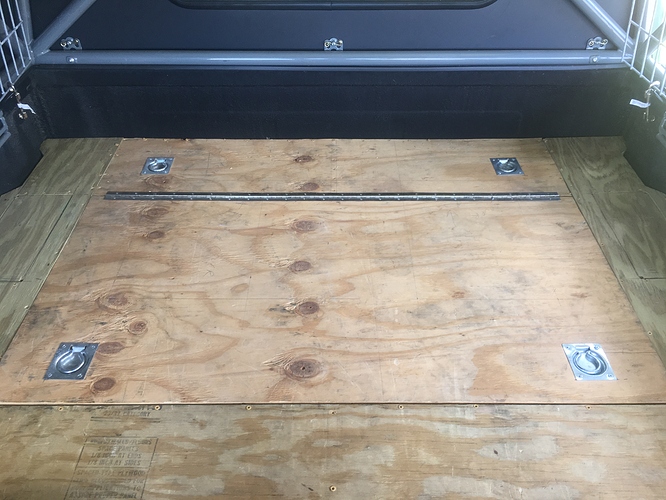 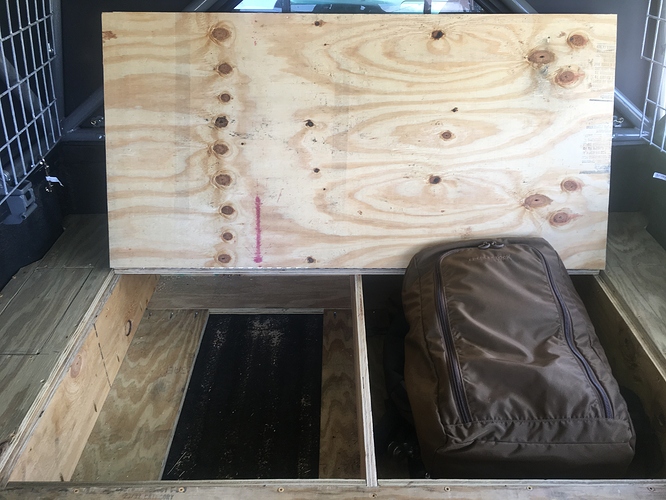 I still have to finish the drawer fronts to attach handles to allow for easier use but they are functional and have been used several times already. I also will be adding a bed rug mat to cover the top after cutting it to match the covers to allow access to storage while adding some slight cushioning.

The second modification was adding some panel fencing to the sides of the GFC for my dogs. 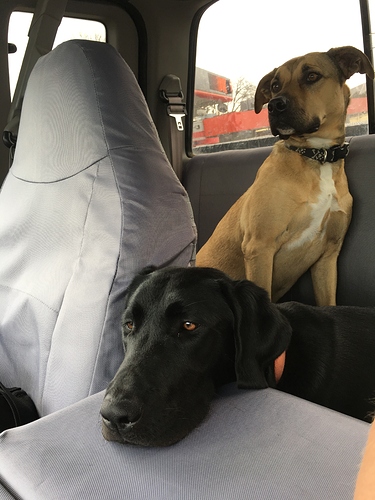 83572FC5-3795-44A1-85ED-7021B4DEC0F6.jpeg3024×4032 3.69 MB
My wife and I have found that there are several national parks and other sites that do not allow dogs on the trails even on leashes. By adding the panels in and then leaving the sides open it makes the bed into a kennel that is significantly cooler than a truck cab. 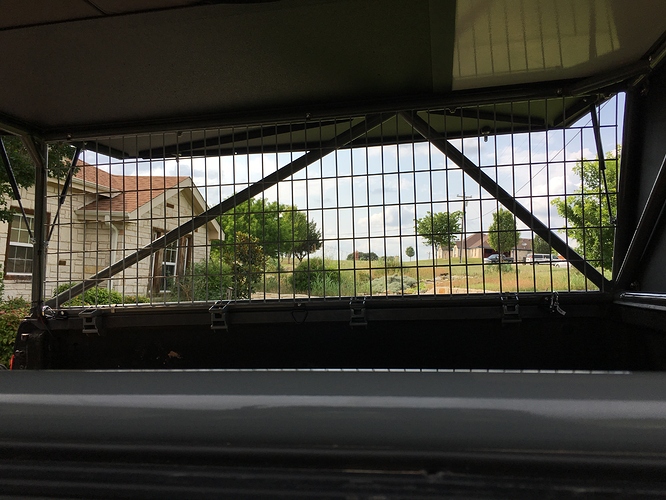 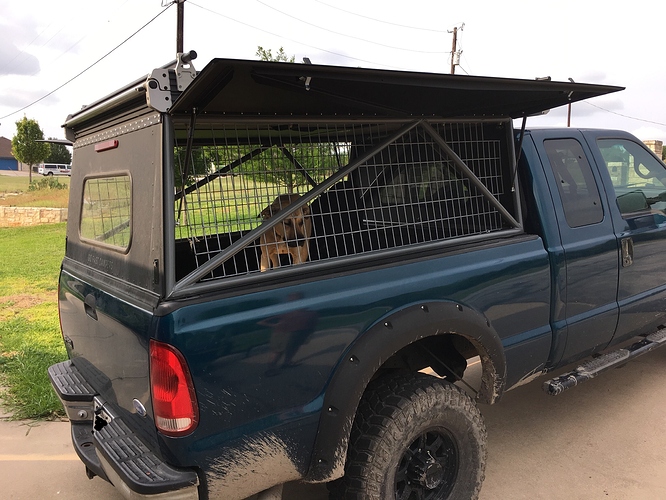 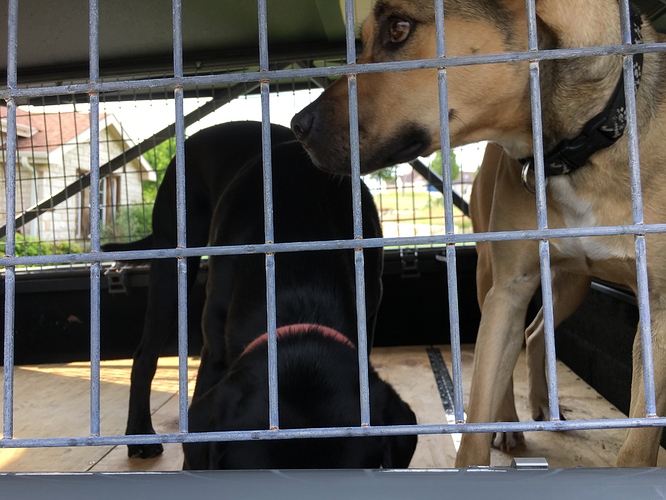 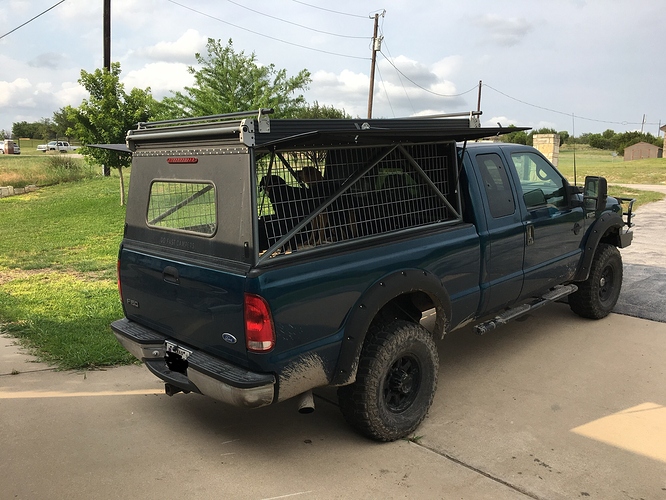 318100ED-20CB-4C6B-BA74-9054DFDE1250.jpeg2100×1575 843 KB
The panels are attached at the top of the frame with some rubber lined hose clamps allowing the panels to be moved in and access to the bed through the sides. The bottom of the panels are secured to some D-rings with some clips that keep the panels from clanging while driving and keep the dogs secure when parked. 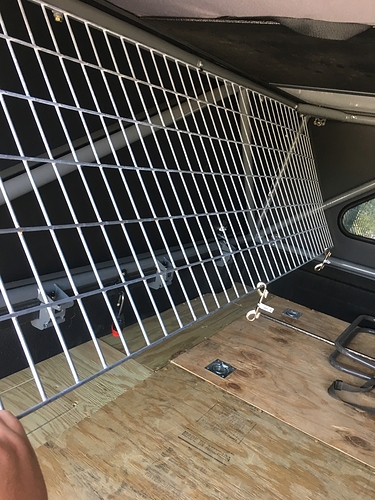 Another slight modification was to the rear panel latch. Unnoticed after some very bumpy trails, pastures, and some of the county roads, that one side or the other of the rear panel would come unlatched. The lock itself would still be closed but the interior latch would slide off the top of the metal attached to the frame. 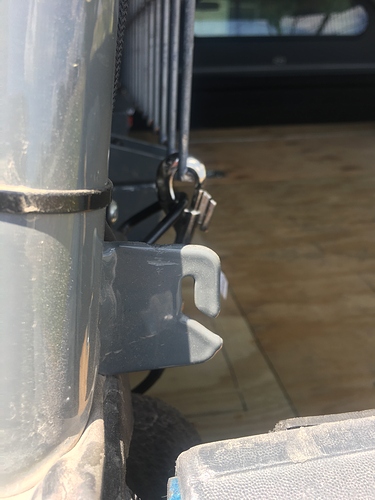 To fix the situation I took two 5/16 nuts, one for each side, drilled out the threads and unscrewed the bolts at the end of the latch. I welded the nuts to the top of the bolts and reinserted the bolt into the latch. The larger nut catches on the frame and does not slide off. Problem fixed for less than a dollar. 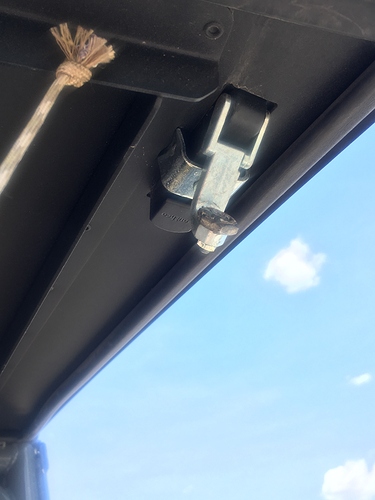 Still left to do:

Fresh water: I’m thinking a tank and pump in the back section of the storage box

Right now we have a Canyon cooler that works great but does need ice after a few days. At some point will probably move to a fridge/freezer. At that point will need to figure out a power solution.

I’m welcome to any thoughts or suggestions thanks for reading,
AJ