I have an RTT on-order and I’m debating which ladder solution to go with. I’m curious what other folks think about the two options. I have a small dog I’ll be carrying up to the tent, so more stable is better. Here are the pros/cons I’ve come up with.

Collapsible Ladder Pros:
Allows access to the tent when the rear hatch is open (I have a drawer system and cook out the back, so the hatch is open often)
Cheaper than most hatch ladders
One less thing to rust/tarnish being on the back of the truck in the winter
It looks like it could be easier to get on and off of because it reaches all the way to the lip, so there’s not a gap that has to be cleared.

Collapsible Ladder Cons:
Needs to be stored somewhere in the truck
Needs to be extended during setup, collapsed during tear down
Takes up accessory space along the extrusion
Rungs can be uncomfortable with bare feet

Hatch Ladder Cons:
3M tape residue, possible marring if you ever wanted to take it off
None of the designs look like they use very sophisticated mechanical or aesthetic design (big bolts sticking out, bare hardware on black powder coat, sharp edges)

Anyone have experience with both?

I have both and use them simultaneously for uses similar to your needs.

I typically use the Hatch Ladder when camping by myself and or when accessing things the rack I have for the GFC. Other than that, the Collapsible Ladder is used for everything else including bringing my dog up/down

So, either way, I have both and will most likely keep both full time. My truck sounds similar to yours, so you may or may not benefit from having both. If you really want to pick one, stick with the collapsible - just be aware of the windoor/camp/awning restrictions. Aside from those, you’re good.

Thanks for the feedback. I didn’t know there was enough room to store in the tent itself. That’s good to know. I also hadn’t considered the possibility of leaving it at home, so that’s a good consideration too

Another thing to note - there’s enough space to store it if you’re using the supplied mattress. If you later decide to add a mattress topper, it won’t fit.

@joserheo I’ve been out a couple times with the collapsing ladder and I’m starting to think the hatch ladder might be more my style. The tent is a bit finicky trying to close it with the ladder inside and the ladder takes up space and needs to be tied down if it’s going inside the 4Runner. With the drawers, it’s super quick to pack everything up to close the hatch and climb inside, so I don’t think that’s going to be as much as an issue as I thought. We only climb up into the tent after we’re all done for the day. Plus, we can hop on the tires if we need to toss things up there like pillows.

I think I’ve narrowed down to the Bajarack ladder
https://bajarack.com/collections/ladders 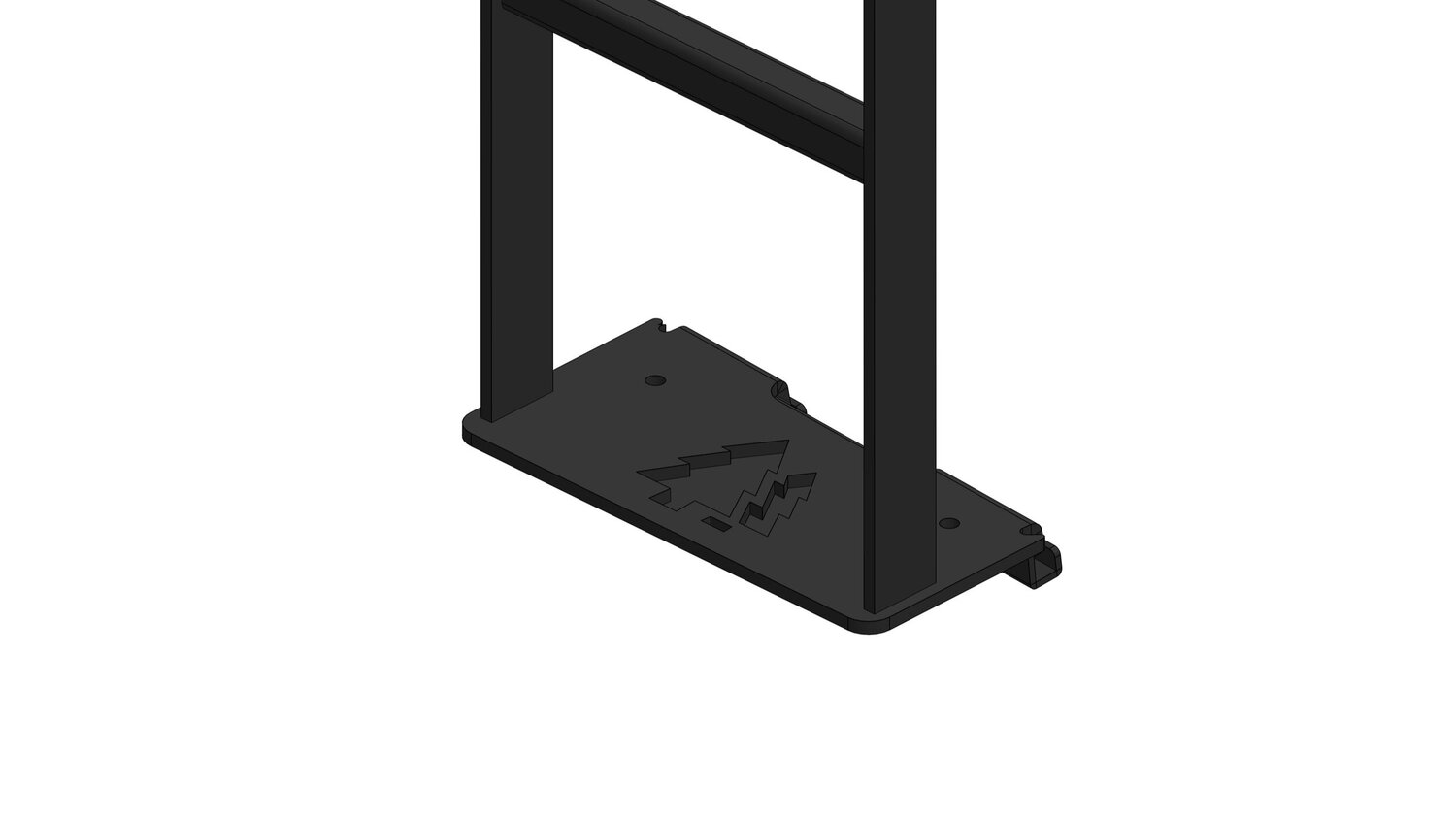 Our 5th gen 4runner ladders are built from lightweight but very stiff Aluminum weighing in at under 8lbs for the total assembly. They are CAD designed, CNC cut and formed and then fully tig welded. -No drilling or permanent modifications required...

I think the Bajarack looks a little bit better designed as far as aesthetics, matching the truck, being low profile etc. But it’s steel (is it going to rust one day?) and has the rounded rungs that you noted are not the best for footing. We have camp slippers, so we’ll never be barefoot. I’m curious if you’d still consider the round rungs as a deal breaker.

The Greenlane is aluminum, with flat rungs, but the design is just a little clunky IMO. Could be they really wanted to let the function dictate the form.

Curious on your thoughts having lived with a hatch ladder. Thanks again for weighing in!

Hey man, glad you were able to test it out since everyone’s needs differ.

The BajaRack is a great option, however, I don’t have any experience with them. I have a Gobi ladder, and while it’s a great looking option, I believe the aluminum options are better overall.

I’m sure you’re aware, the Gobi ladder is somewhat identical to the BajaRack (however it’s straight, not curved). Here are my issues with my ladder:

All things said, you can’t go wrong. If I did not get the Gobi second hand, I would have gone with an aluminum option. The Greenlane Off Road one looks great and seems superlight. All I can suggest is contacting these vendors to match your needs. They all have a similarly designed ladder and a somewhat competitive price point, so see which company’s lead time matches your needs.

From the top of my head, there’s Gobi, BajaRack, C4, Greenlane, Victory 4x4, and Ecotechne.

Don’t ditch the side ladder just yet. I’d test out the hatch ladder over multiple trips with and without your significant other and/or pet. You’ll kind of figure it out along the way, and if anything, you’ll keep both like I did. I’m glad I have both options. I use the hatch ladder when I’m on solo trips, and it definitely helps accessing anything you have mounted on the tent and opening/closing the tent.