Spent 3 months living out of my rig driving from NY to CA, and now living in LA I’d like to take off the camper and drive a light truck until I want to take a weekend in the desert or drive across the country again…

Has anyone created an easy way to take the camper off their truck?

Maybe a modified jack system? Or find a boat yard with a lift? 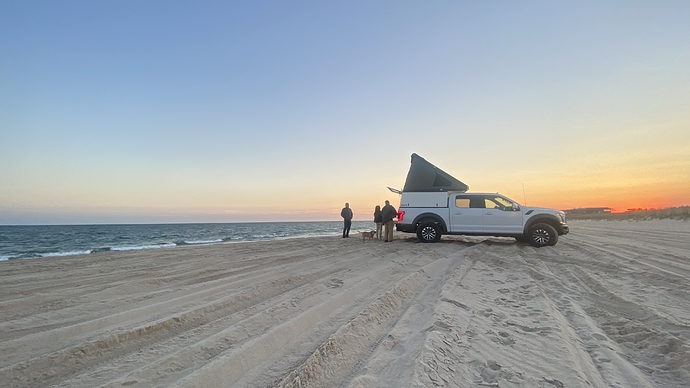 While it is possible to remove the camper there is one caveat that I found. GFC picked up my camper last year to perform some of the product improvements back at their shop. They used the hoist on their truck to lift the GFC off of my Tacoma. The bulb seal was adhered to the truck bed rails and GFC so firmly that the hoist began lifting my truck bed up several inches. Eventually we had to take a putty knife to break the bond between the bulb seals and the truck. So just an FYI that it isn’t always as easy as lifting it off and setting it back on. The bulb seal essentially had to be destroyed to get the camper off, hence it also had to be replaced when putting it back on.

The pro is that the bulb seal really worked in my case and prevented water intrusion, but thus makes it more difficult to take the camper off. Some people have had easier times removing their camper, so your mileage may vary.

Personally it isn’t worth all of the effort for me to remove the GFC. I just take the small gas mileage hit and save myself hours of work, especially since I use it nearly everyday.