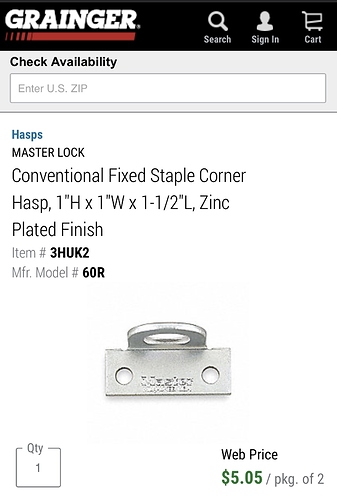 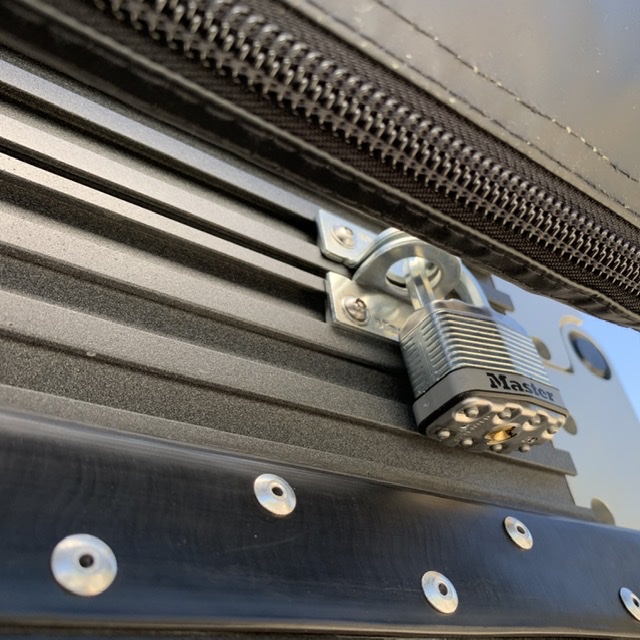 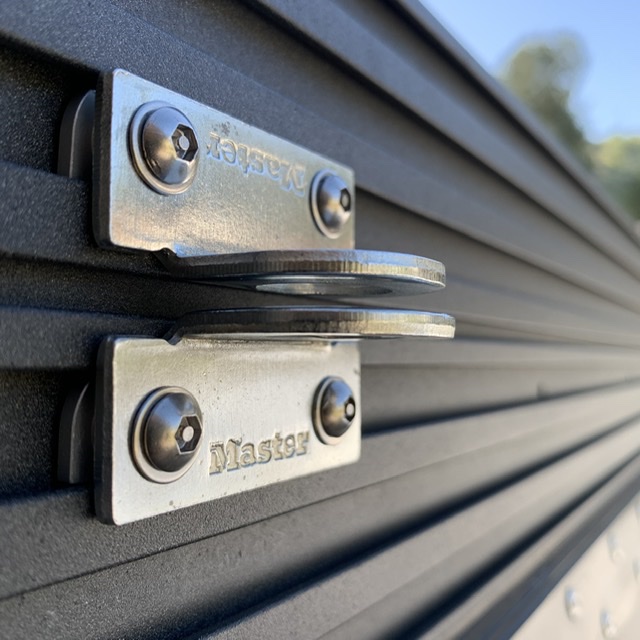 I have been examining the different locking options as well. Does the pad lock not blow and bang against the camper as you drive? Or do you only use it while the vehicle is stationary?

It does blow around and bang into the sides but I used some adhesive backed Velcro to attach the back of the lock and to the rail. Problem solved!

I like it! Both the padlock rings and the velcro solution…

Thanks! This mod gave me a better peace of mind knowing I have all openings now lockable.

Probably the simplest solution I’ve seen yet. I like it.

You could also probably use a cargo van style lock on those loops and not worry about it swinging in the wind.

Picture for reference on the style of lock I’m talking about. 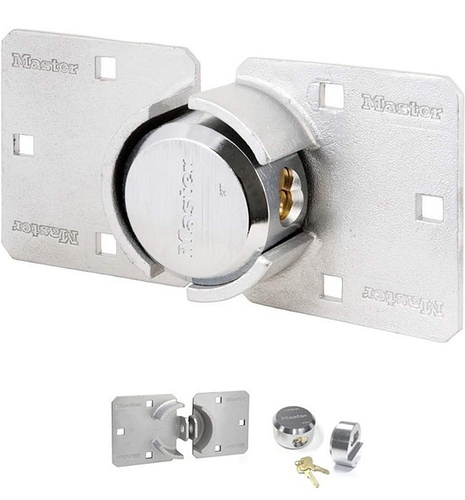 @LostDblCab, Is there a special key or wrench to install that bracket?

I’ve done a little bit of lockpicking myself. It’s harder than it looks. If you Google lock picking on YouTube they make it look easy. It really isn’t. At least not with a 5 Pin tumbler which is what that Master Lock is.

I’d say that’s just as likely with any padlock you install. No matter what you use if a master lock pick wants to get in, they will. Or they’ll just take a pry-bar to the thin aluminum side panels.

Its not just as likely with any padlock you install: some are easier than others. Yes, all padlocks can be picked. But not everyone realizes how easy they are to bypass if you know what you are doing.

@Evan220 I was also considering this setup but if I can remember the reason. I believe the mounts are too long. But it didn’t cross my mind that I could possibly just use the locking mechanism. Hopefully someone has tried this and will chime in. As for now I’m happy with this simple low cost lock.

@Kwood yes it’s a hex security screw which stripped very easily. Will be changing it out to a star pattern screw.

@Evan220 exactly! One of the reasons why I did not invest in an expensive lock. Just a decent lock that can either change someone’s mind or making it just difficult enough to stop a break in. We all know the weakest link of this camper is the hinge. Anyone with a razor can enter this camper like if it was a soft topper.

@LostDblCab if you’re concerned about pickability of the lock you’re choosing, this is a great way to gauge the difficulty of your lock:

Users are awarded belts, like martial-arts, for picking successively more difficult locks. Locks listed by difficulty are at the bottom. Personally, I wouldn’t use anything ranked white, yellow, or orange - they’re trivial to pick.

I was meaning that style of lock could be used with the lock plates originally posted only because it can’t bounce around like a standard padlock will (without Velcro installed). 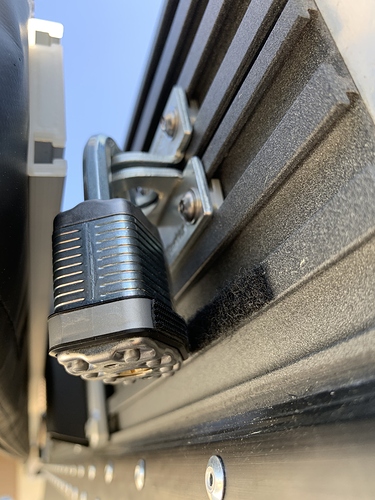 @jellafish hey thanks! Not really concerned about pick abilities. I believe this lock was rated an 8. But really doesn’t matter just wanted to put some type of lock as a deterrent. Since these shells are not full proof to break ins. Like anyone with a razor or brute strength can access your goodies.

Yea, good thinking on the velcro. I like how you have it hidden behind your awning too, so it is not visible for everyone to see.

I am somewhat conflicted what to do myself. When I first got to see a GFC in person, I was somewhat disappointed in how flimsy/vulnerable the doors felt—I thought one could easily break in with some force. I was trying to think last night how one could reinforce the doors, but as you noted, really all one has to do is cut the seal that attaches the door to the RTT and it will come off. I really like the concept of GFC’s Flight Deck, but it makes all your stuff easily accessible if someone breaks in. I currently use a Decked and will probably keep using it to insure all my stuff is protected in case someone breaks in.