I have a V1 on a 21 Tacoma 6ft. I recently replaced the seals on this one since I bought the camper second hand. After I drove through a pretty nice mud puddle, I noticed that the back of the bed had some mud. I also noticed, after spending a night in it, that I had some water come in. My rear window has some separation and I figured I could probably just tape it, not a big deal. But I’m wondering if there’s other places that I could be getting intrusion in? I can’t really tell where it’s coming from but it seems like it could be coming from the driver side rails, the rail in the back of the bed by the cab. The tent is 100% fine but I don’t want to get my stuff wet or dirty in the back. Any tips would be appreciated.

Hi. If it’s in the bed section it’s the rails…Toyota beds are a pain. I have a 2019. I’ve slowly been adapting. Before install I taped out the big holes under the bedrails…this helped but I was still getting some in from the bed rail by the cab. Put some Lexel/silicone there and that helped.

Post some pics and I’ll try to help. Mine has slowly gotten better. If you think it’s from bedrails it is part of a Toyota design. 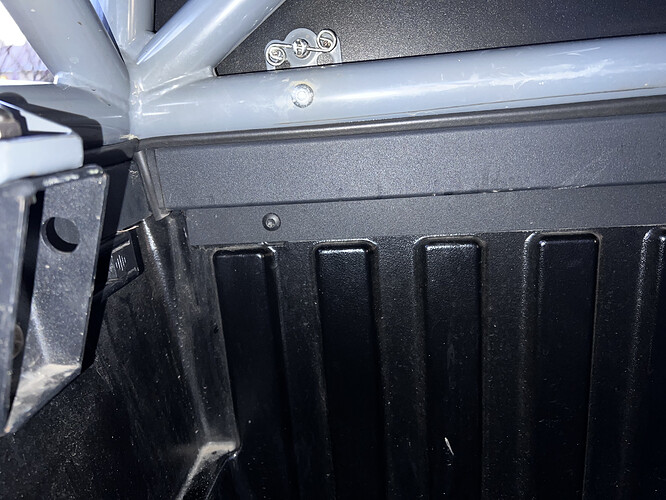 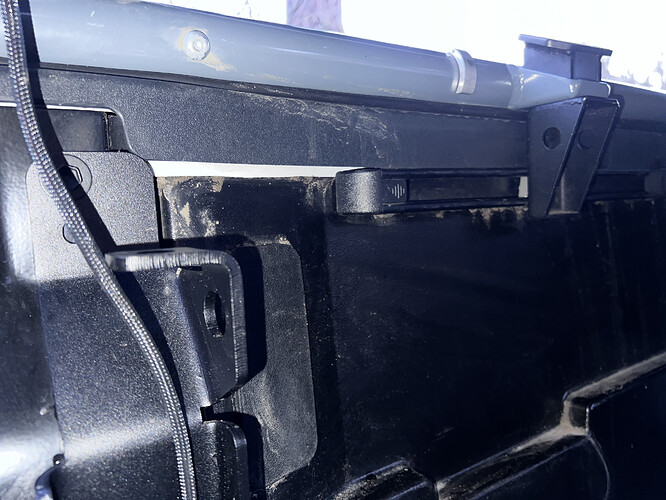 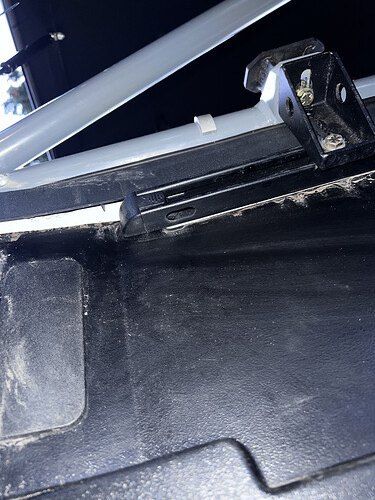 The first one shows the back of the bed near the cab, in the corner I stuffed some of the double bulb seal there but I think I might try something else. The second and third photo shows some mud coming in front under the toyota rails.

I bought a roll of butyl tape and rolled it up and stuck it and smoothed/pushed it into those areas. Improved the mess a lot!

I’ll try to remember tomorrow to send you pics.

That would be dope dude!

I’ll try to silicone it or something too. Did you go on the paint as well kind of above the rail? I wish I had done the butyl tape when I had the camper off. I remember reading somewhere about it a while ago and it just skipped my mind. Big regrets. I’m just trying to keep this as dry as possible and as clean as possible. It wasn’t bad but we camped out near the coast, then it rained and somehow we had gotten a little bit of water in the truck. The tent was dry for the most part but stepping down into a little bit of water really sucked lol 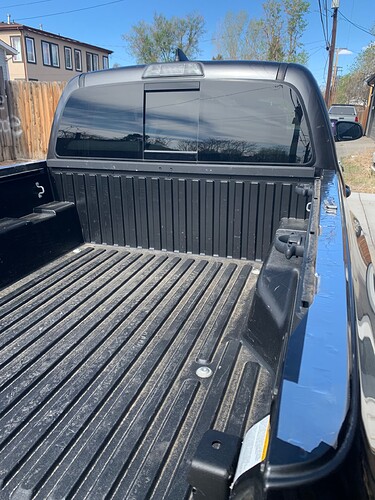 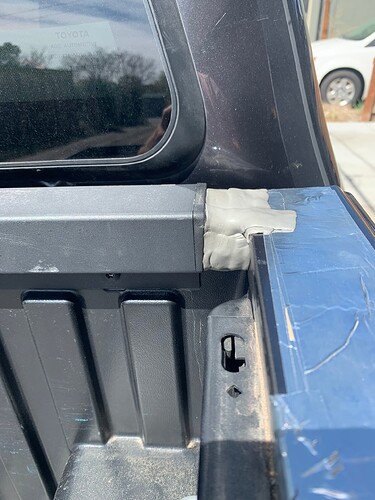 This is what I did before. I regret not also taking off the capping/rail against the cab and doing the same there.

Again I’ll get some pics tomorrow of what I’ve done since which has helped. Currently cold and snowy… 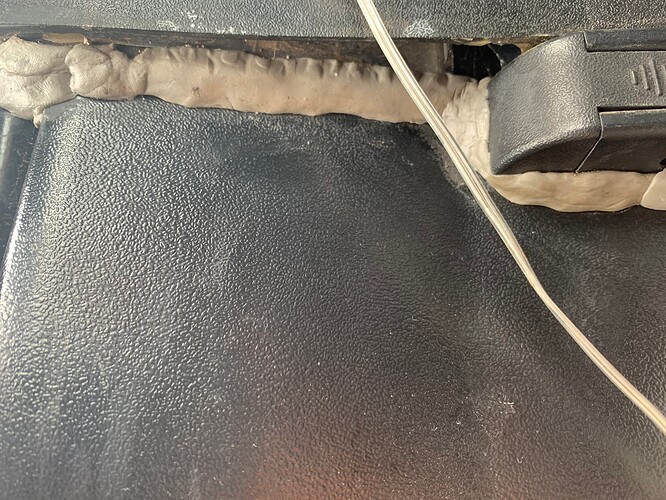 Here is what I recently did that has helped some I did this by the underneath bed rails (closer to the tailgate).

Huh…hadn’t thought of that lol.

Now I’m worried about that. I think I’ll probably run a bead of sealant on the inside and outside. I don’t plan on removing the camper (again) but who knows lol

I learned the hard way long ago that weather sealing must all be done from the outside.

There is a difference between water containment and water proofing… couldnt agree with you more.

It’s a hard lesson that everyone will learn, one way or another…