we need to figure where because the reservations fill up fast. Memorial day weekend is already mostly sold out in most of the parks I looked at so far. Alum Creek, Mt Gilead and Dillon are all centrally located. Most spots are ~$30/day and big enough for 2 cars for friends

For years I thought Ohio might not be a real state, but thanks to forum posts like this and some intense research, I finally believe it’s real and even put it on my list of places to camp. Life is crazy like that. 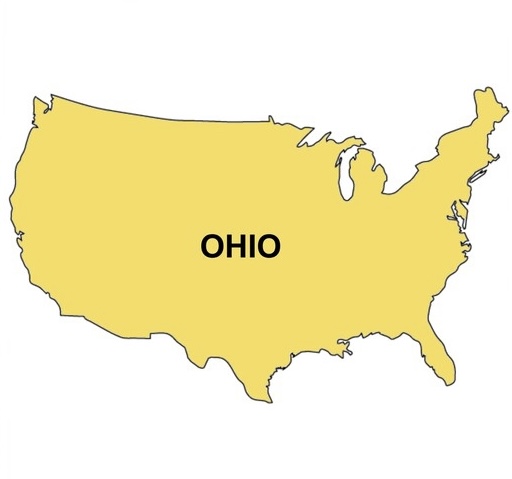 In all seriousness though, there are some pretty neat places in this part of the country, just not as immediately breathtaking like the mountain view’s of the West.

I’m down for what ever I do apologize for not going last weekend I got side swiped by an old lady at Walmart. the estimate is over seven thousand dollars so she got me good

For years I thought Ohio might not be a real state, but thanks to forum posts like this and some intense research, I finally believe it’s real and even put it on my list of places to camp. Life is crazy like that.

My wife was born and raised in the middle of the Pacific. she never realized how much stuff is from Ohio until I started pointing it out. Here’s a small list:
The Wright brothers
The first traffic light and street light
light bulbs
vulcanized rubber
superman
etch-a-sketch
Spaghetti o’s
vacuum cleaner
frozen white castle burgers
Largest Amish settlement
birthplace of 7 presidents
Used to have the most roller coaster of any state until Geauga Lake went under
Annie Oakley
world’s largest cuckoo clock- I have a video somewhere it runs for 5 minutes every half hour
Wendy’s
Don’t make get into how many corporations have their headquarters here. there’s a saying around here when there’s a recession happening… “What recession?”

edit: almost forgot the sealant used the campers is made in Mentor, Ohio

This is basically the laundry list of things I learned growing up in Ohio public schools. Appreciate the trip down memory lane.

don’t forget cursive, real math and rolling… oh wait that was me

Delaware State park is about 40 minutes north of Columbus. June 10-11 has a large number of spots open sites 164-193 that weekend. the rest of the month looks like it’s mostly scattered spots.

Looks like a great selection of spots. I’d be down for that weekend

Had me at Shuffle Ball Court…
I’m game for this, but have to wait till we get closer to confirm. Happy to pay for a spot though.

I won’t get into Cleveland Montana is spelled wrong

I just tried to reserve a spot and there is a 2 night minimum. I was planning to do that anyways. but some won’t want to