I just had the pleasure of driving with 100-120kmph side winds. Long story short, the panel on the side the wind was not hitting, popped open even through it was locked. I ended up running a strap from inside around the panel to hold it in place. I was lucky enough to see it right when it happened and get off the road.

If you have crazy winds in the forecast, be careful.

Dang! I’ve had some windy intersate drives, but never had that happen. Often wondered if it could. Thanks. Glad you caught it when it happened.

Wow. Glad everything is OK! How fast were your going at the time/over bumps?

100kmph, lower than the speed limit, winds were too crazy to go any faster (saw two semis blown over). No noticeable bumps. Given it is an XL, panels have more room to flex. When I was strapping things up, the winds alone had the panels flexing so much.

This is obviously more on the extreme weather/super rare side of things but had to share.

Plastic or upgraded hinge? Any pics of your strap setup during the windy conditions?

I still have the plastic hinge. I didn’t take any pictures but basically just went around the vertical frame at the front (pushed front panel edge a bit to get strap through), and then around the frame at the back, hooking the strap together inside. There was no way it could open after that.

Got it. I wondered how you got around the front. Glad you have no damage.

I had an episode of driving in high cross winds where my side panels were trying to open. I could see that the front of the panels trying to open up in my mirror. Even though they didn’t open, the locks must have been barely hanging on to hold them closed the way the panels were moving. Kinda freaks me out… A little more wind and I could be talking about a panel coming open. Slowing down didn’t seem to have much effect.
I’m going to look at the situation more closely inside those panels when I get some time. I’m sure I can come up with something, but this forum never fails to surprise me with all the great clean ideas. If anyone has a good idea to secure the panels against strong winds, I’d certainly be interested.

This makes me think it wouldn’t hold up to a determined Bloodhound.

I noticed mine doing that doing 80 in to a 35+ headwind. The plastic hinge broke 2 days later, probably the next time I opened it and the other side shortly after.

I found I had to take a small square piece of rubber maybe a 1/16" thick and use some double sided tape on the striker plate so the latch was more solid on the striker to keep my panels from moving. speed limits are 80mph and it is often windy and I noticed the latches just were not really solid after I got the hinge replacement as they no longer lined up. the latch barely hit the striker as for some reason when they did the hinge they moved the panels forward about 1/4" from where they were originally. this caused the peak/center of the latch to actually miss the striker so the panel could move in and out. They are solid now and I doubt even a 110 lb bloodhound pushing on them is going to pop them open. 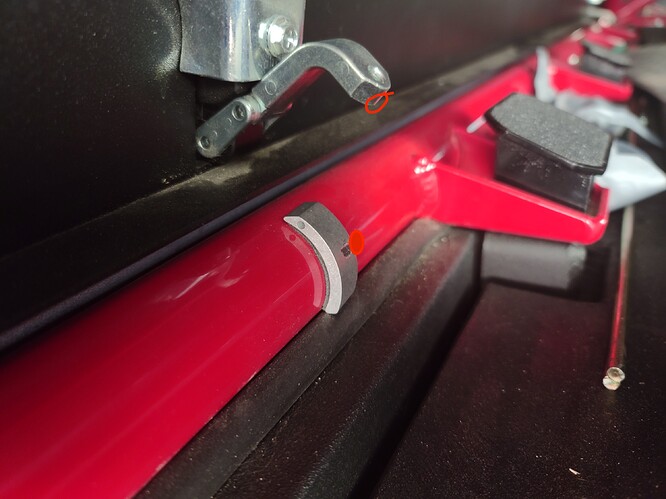 I also noticed my panels are not as secure and the strike plates don’t seem to line up after the hinge replacement.

I contacted GFC and they sent me 4 new strike plates and initially I was going to just pull the old ones off and recenter them but it actually worked better mounting the new strike plates along side the old ones. basically the peak of the latch hits right in the center line of the two strike plates. I then put a thin piece of rubber on them and now the panels are extremely secure and do not move even at 95mph in the wind. Not admitting to going that fast tho that is just hypothetical… 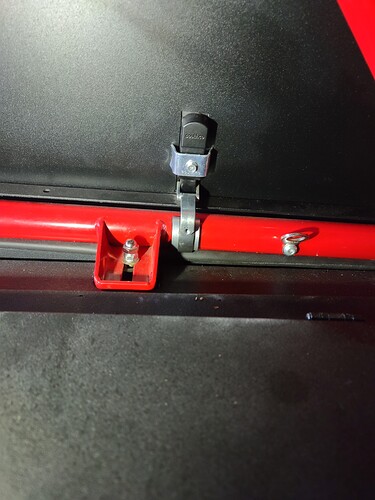 Anybody tried taking off the panels? I would think the wind would then just blow right through, however I wonder how the RTT behaves… updrafts??

Drove on I-80 in Wyoming (windy SOB) yesterday (11/5/22) with 60+ MPH cross winds driving 80 MPH. Had no issues but I was honestly watching closely and nervous. There were 3 overturned trucks. I hope we don’t get any horror stories form this sort of thing.