So I didn’t realize until recently (been driving my work van since I got the camper) that something’s off. A few days ago I opened the back panel and the left side latch didn’t release when I hit the button; it acted like it got hung up. I had to get my fingernail between the button and the part of the latch that pops out to help it. After opening/closing it again, I noticed the gap on the driver’s side was way smaller than the passenger side. The latch was hitting the frame, which was causing it to not release completely. Has anyone else had this happen? Is this something I can adjust?

I don’t recall it being like that the first few times I opened it… but, like I said, we just recently got it and haven’t really used it yet. 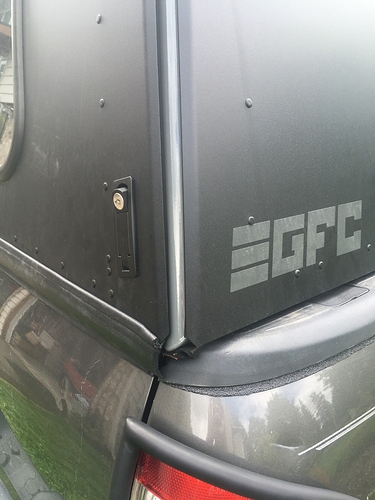 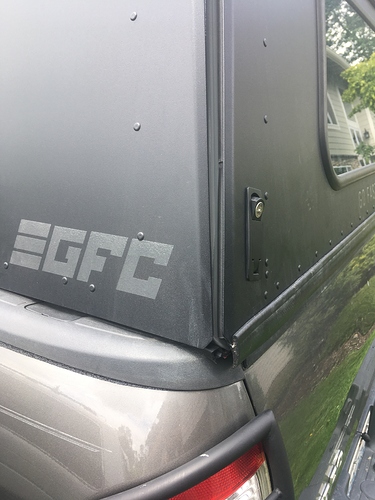 Didn’t you raise your camper and put your bed seals on yourself? Maybe when you put it back on it is slightly off now? I would email support at GFC.

I did, yeah. I was wondering if maybe I did do something wrong doing that. I wanted to see if anyone has seen it and adjusted for it before bugging support; I know they’re probably swamped with trying to ramp back up, but I’ll shout them an email.

I had a similar thing for a while when I first had it on. Removed it twice since then, but I didn’t have the issue the second or third time around.

I will tell you that your latches look aligned differently than mine and others I’ve seen. Mine don’t follow the same line of the outside of the panel…