Who’s up for a day trip?

Also known as “The Cannonball Run to the Arctic” or “Am I supposed to call this Overlanding?”. Three days, 2000 miles, 1300 on dirt and a whole lot of rain. 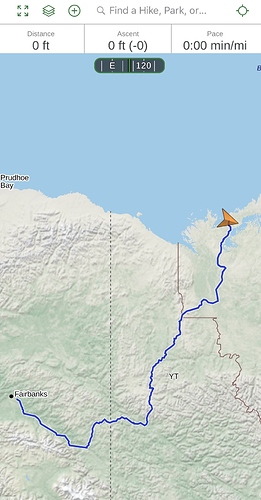 Day one was a late evening departure from Fairbanks to the Canadian border where I camped to wait on customs to open in the morning. It rained. 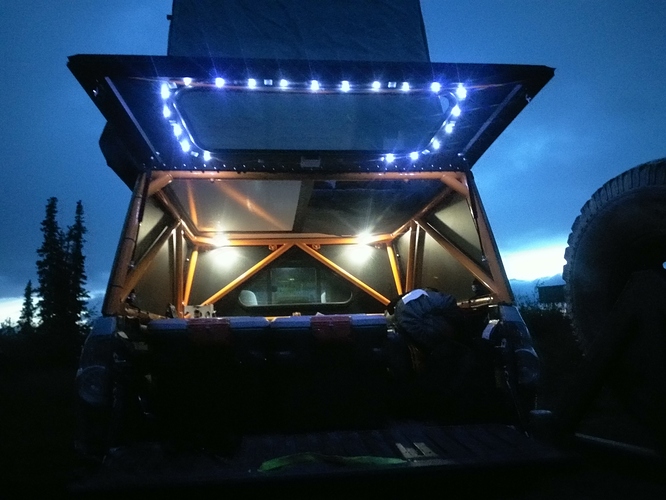 Day two was an 8am border crossing all the way to Tuktoyaktuk. It rained and the winds were blowing 40mph from just north of Inuvik to all the way to Tuk and stayed that way the whole night. Pictures didn’t work out well because the wind was shaking the camera and the sea spray was obscuring the lense. I tried putting up the camper but even faced dead into the wind it was being pushed back down on me. I gave up on sleeping there after a bit and headed back south of Inuvik a bit where there are trees and terrain to block the wind. 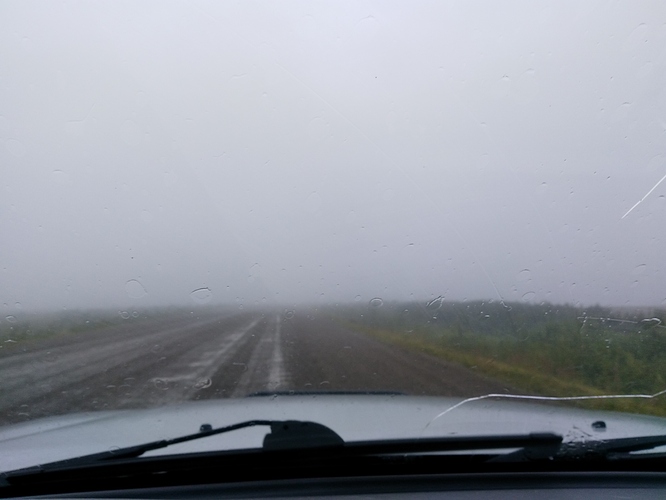 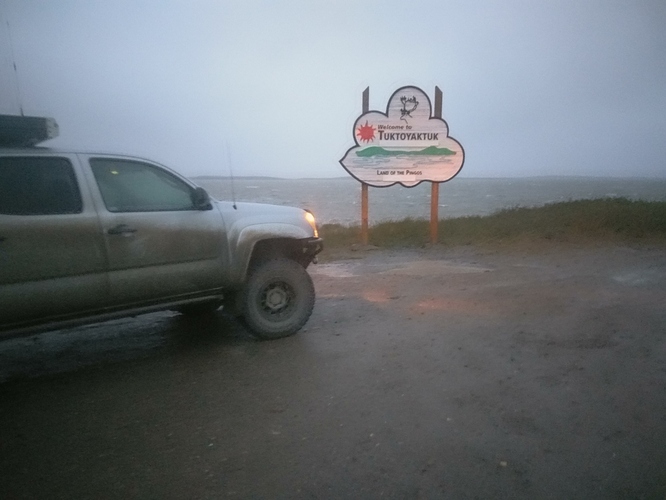 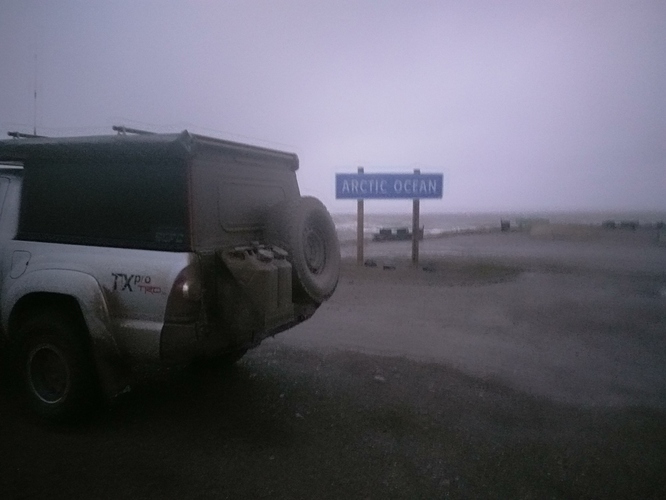 Day three was Inuvik to Fairbanks. If you guessed that it rained almost the whole time you would be correct. There was a bit of sun between the Yukon/NWT border and Eagle Plains and again down into Dawson.

My trusty traveling companion. I guess it was comfortable to bunch up the whole blanket and awkwardly lay on it. 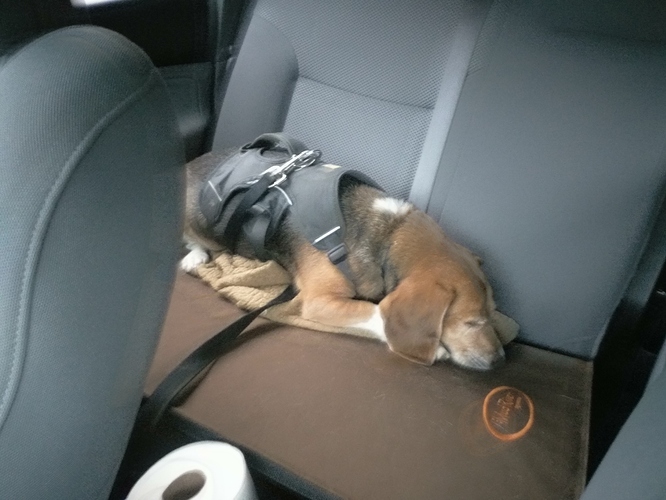 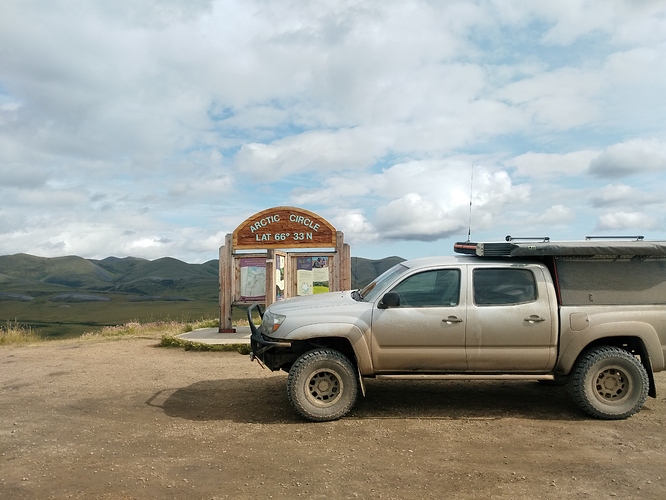 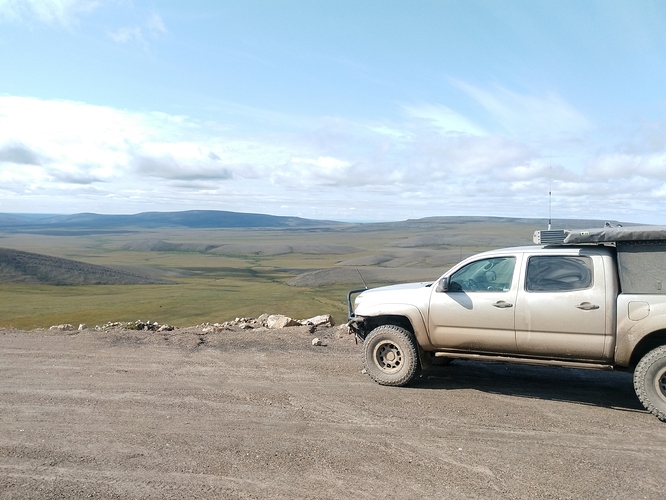 Fun trip, would’ve been more fun without the rain and associated thick mud covering everything I had to touch on my truck.

This looks like a great trip! From your title, I thought you were inviting us though! Haha

I would have figured out a way to join you for sure!