Just picked up my camper and noticed that the anodizing on the side rails and aluminum seems oxidized. Does this look like how you all have yours? 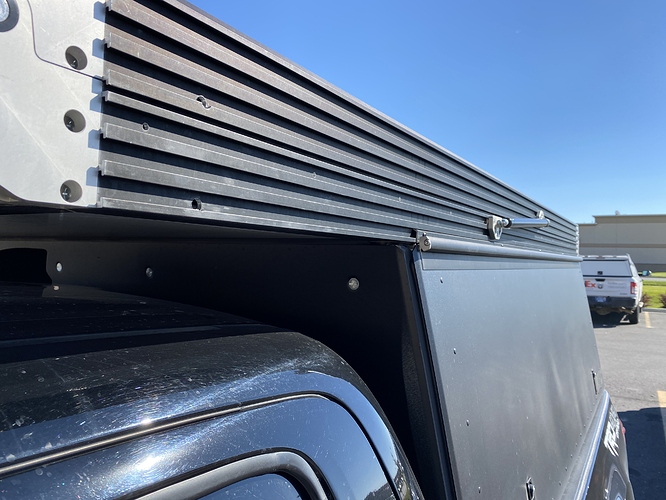 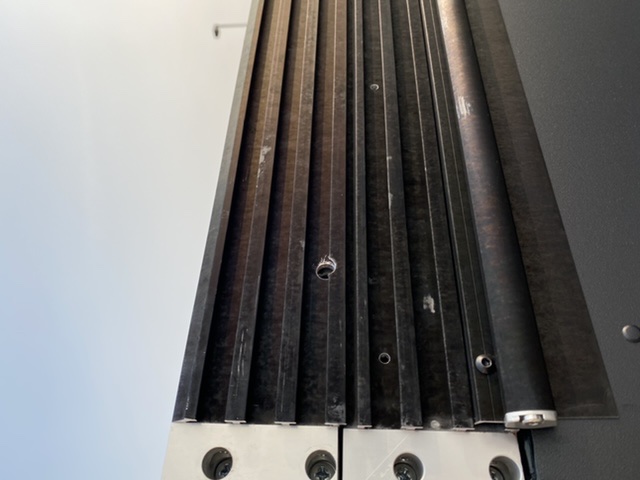 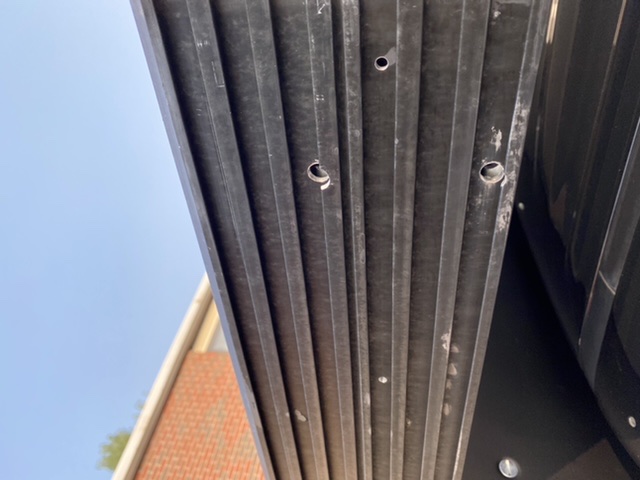 This 48 hours later from the time it was installed.

Well damn I might look into having my side rails custom powder coated now along with the panels.

Does it wash off? I had a bunch of powdery dust on mine that took a good wash with soap to get all off.

Mine doesn’t look like that. I picked mine up April 2019 and it has been parked outside everyday. Did you buy yours used? I’m also wondering what the extra holes are for? Drainage? Is that something they just started doing? 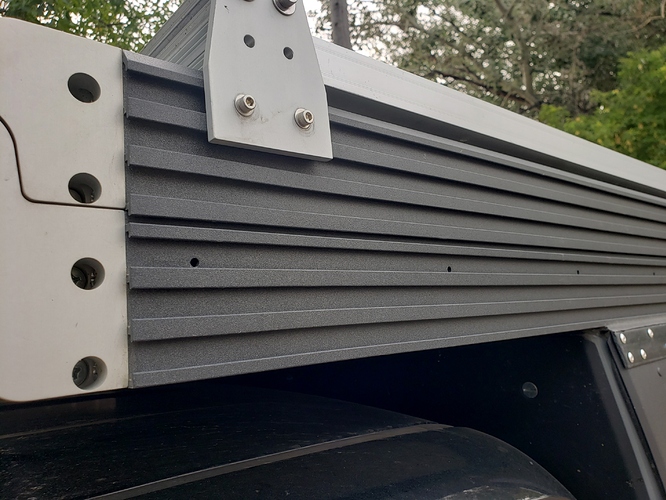 I tried washing it off and nothing. All I used was water and soap too. I emailed support to see what they say.

Bummer man, I’m sure they’ll get it sorted for you. What camper # is yours?

858 is the number for this one

that looks so different than mine. Did you have something extra done or is that how it came? I didn’t know that they removed the lights in the tent till I showed up since the walk around video always mentioned it. So i know they change things around a lot. So some of those changes are surprises. I wonder if they started to just leave the side rails anodized for some reason. Not sure what that large hole is for to be honest.

I didnt have anything extra done to mine. It seems to be more textured than yours.

They never came with lights. They were originally planning on developing a kit for adding lights as an option but that has not happened yet. I know it was in the walk around video but even when I ordered mine over 2 years ago it was not an option and did not say anywhere that they were included. I followed them from inception on Tacoma world and it seemed pretty clear that the lights were not included. I can see though how just watching the video it might be confusing.

I hope they get you squared away on the side rails.

I think the holes are for draininage I have now seen a couple other pics of other newer ones and they appear to have holes in the same location. 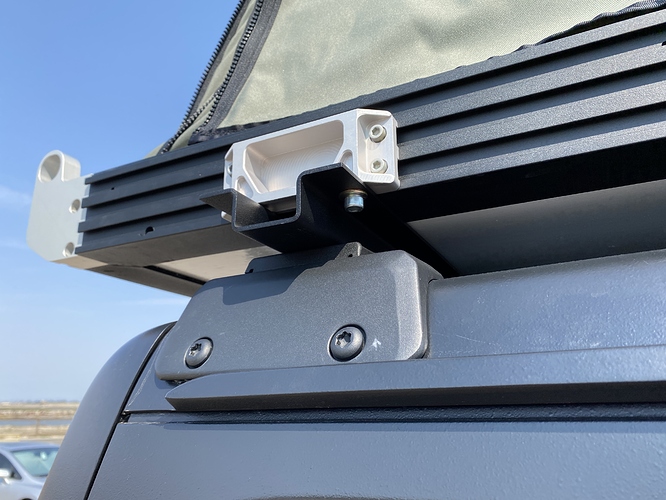 Yeah they said the canceled the lights fast in their initial production. I hope the see my email before I leave Montana. Hopefully it didn’t make it through QC before it should have and something got missed.

If I was still in the area, I would just go back.

Well maybe @GFC_Taylor can shed some light on this for us?

Yeah I plan on going back on Tuesday to have them look at it even if I don’t hear anything back by then.

are those larger holes hand drilled?

Probably but I couldn’t say for sure.

I have know idea, looking like your ends are bare and holes are bare. Everything else I’ve seen has everything coated, different texture, totally different, dang, hard to tell in the pictures but looks like burrs on the raw holes. Yeah, how did this get installed, something ain’t right.

This really bums me out. I mean I’m in no rush and waited a year already. I’m ok waiting I just wanted it done right and finished. I feel like it’s going to have to come off and then I’ll have to have reinstalled.