How much should we be charged? 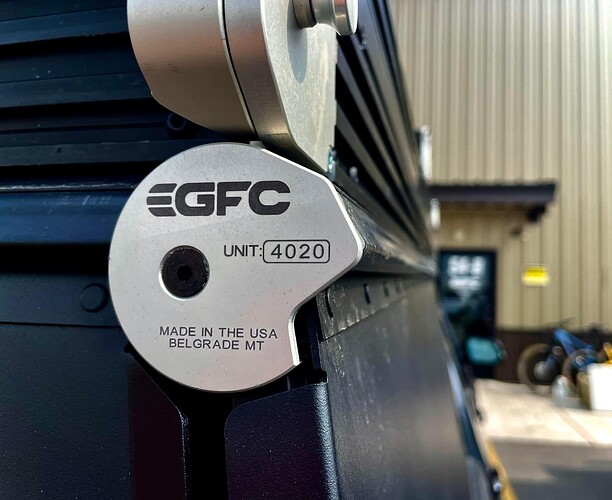 I was able to get mine added using the Build # as the S/N, even though it wasn’t explicitly on the camper. I was definitely interested in one of these and curious what the quoted price was.

Thanks! Guess I’ll most likely be passing on that unless it ends up being required from an insurance perspective. At this point, those of us without them can just consider ourselves part of the cool kids who got campers before this change was made? With full understanding there were many cool kids who came before us!

I’ll just get out my engraver hahaha

Would be a cool idea if we did an exchange program where we buy our units for somewhere around 20 dollars and then upon receipt, we send back the old one so that they can reuse and keep their aluminum costs low ( granted the old piece would need to be in good shape)

That’s kinda what I offered. I asked if I could just send mine in to be etched.

I was thinking this as well, what was their response?

They responded with an invoice for $50 for the new etched one.

Personally I think they should take the older ones back to get etched at no charge. Maybe the customer pays shipping. We’ve paid a premium price for these nice campers and want to protect the investment with insurance coverage. Just my 2 cents

It appears to be a CNC milled aluminum part, that is anodized, then laser engraved. If it’s what you need for insurance purposes, $50 shipped doesn’t seem crazy, especially to get coverage.

If that’s out of budget, you can always remove the end cap, buy a steel stamp set from harbor freight for $20, and knock your build number onto the inside. For bonus points, pop over to your local trophy engraving shop and have them engrave your build number, along with your choice of a topo map, some variation of “TRD”, motivational quote, punisher skull, or silhouette of your local mountain range.

Billet aluminum, CNC machines, laser engravers, anodizing, and shipping all have one thing in common…

i personally think $50 is pretty fair. Everything takes time. There is probably an hour of time for that part + machine time + overhead. If i took mine to work and etched it and charged myself what it actually costs…it would be a $300 part

The insurance company can’t demand you have the number on that end cap. You could engrave it somewhere, permanently mount a metal plate or wood board or anything else you can think of.

It’s not that I think $50 is too much for the part, it’s just that I already have a functioning part and don’t see $50 to add my build number as necessary at the moment.

Can you elaborate on this? Just curious as to how that would identify my camper for insurance purposes

… because it works in the movies…

$50 does seem a little high. guess I’m finding a local guy to charge me $50 to engrave the piece I already have 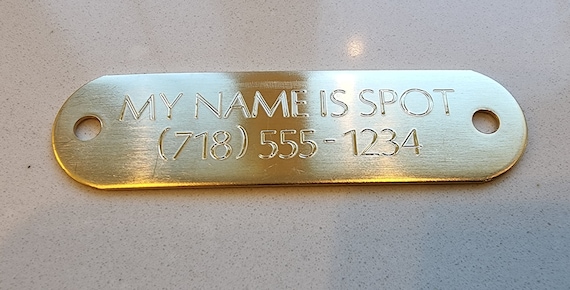 This Pet ID Tags item by EngravedCreations has 9 favorites from Etsy shoppers. Ships from Calverton, NY. Listed on Sep 9, 2022