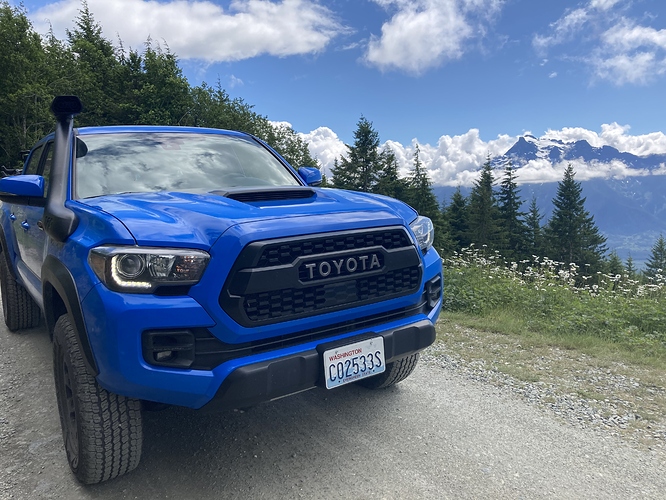 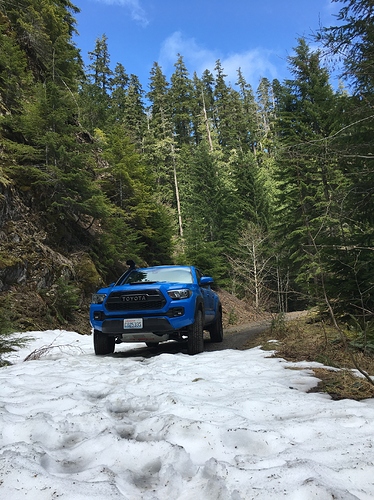 Bought the truck used last year. It only had 4K miles on it and was too good to pass up. Besides the camping mods I’m planning on keeping the truck fairly stock. My last Tacoma was fully “overlanded” out and honestly its too much weight for the kind of driving I do. 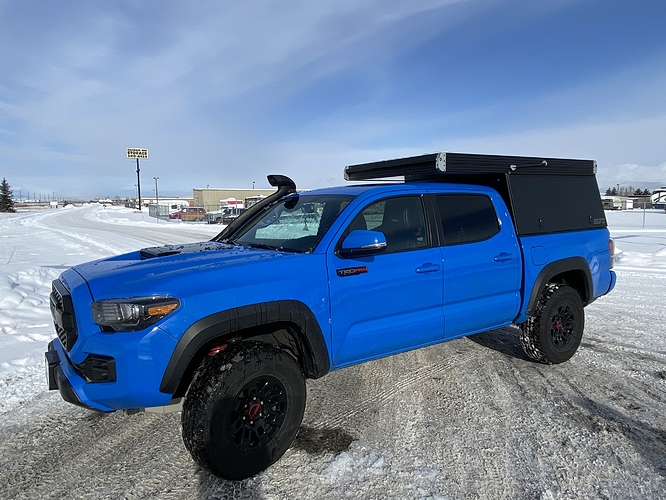 The drive from Seattle to Bozeman and back was pretty treacherous in the ice storms but the GFC held up amazing! The only problem was I was unaware the 3rd gen beds had so many holes in them. Driving in the PNW weather fills the bed up with standing water like you wouldn’t believe. 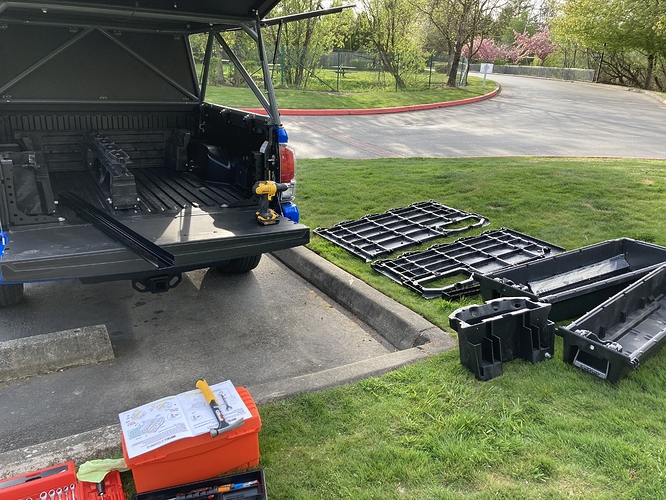 Doing tons of mods on the truck now the weather here in the PNW is starting to dry out. More pics to come!

First night in the camper. Stayed on my buddy’s property in Sequim. Loved the layout of the camper but damn was the mattress awful to sleep on.

With the drawers installed: 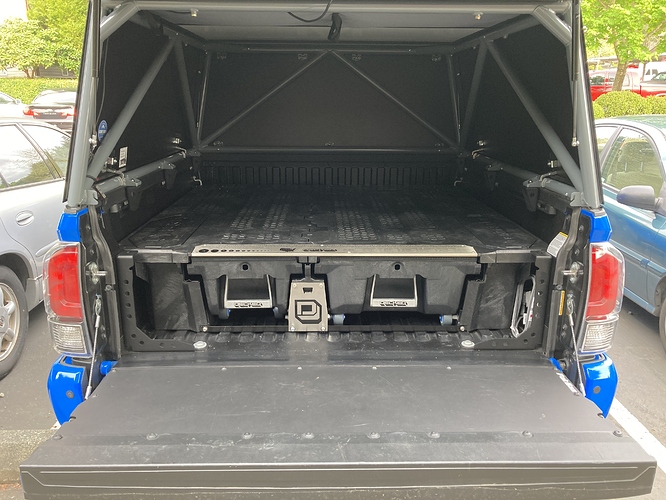 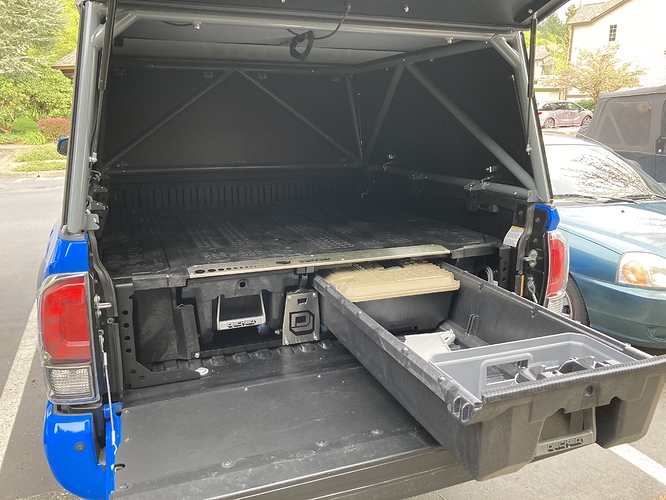 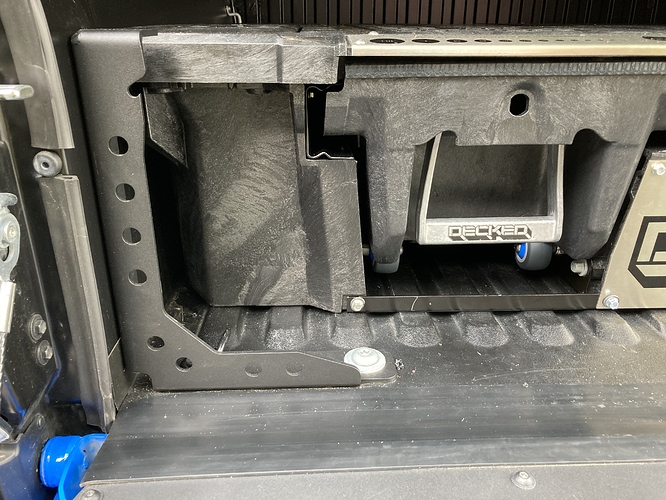 I was skeptical about the necessity of these. However they are the best upgrade yet and they fixed all the extra body roll from the weight of the GFC. 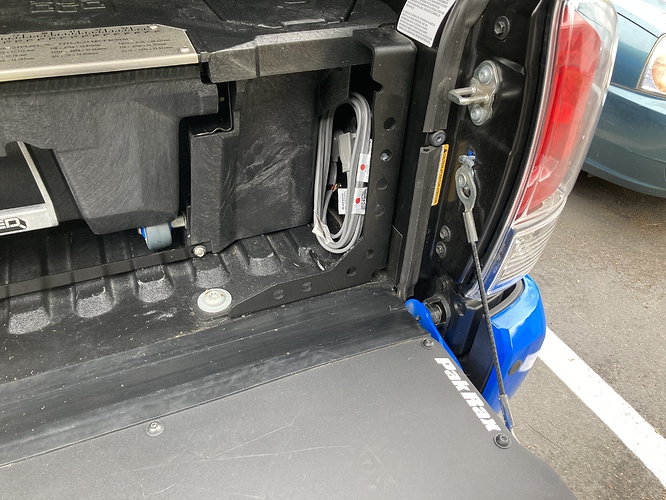 The tailgate seal has helped a lot with both water and dust getting in the camper. Also used some of the extra to seal off the bulkhead, we will see how it works. 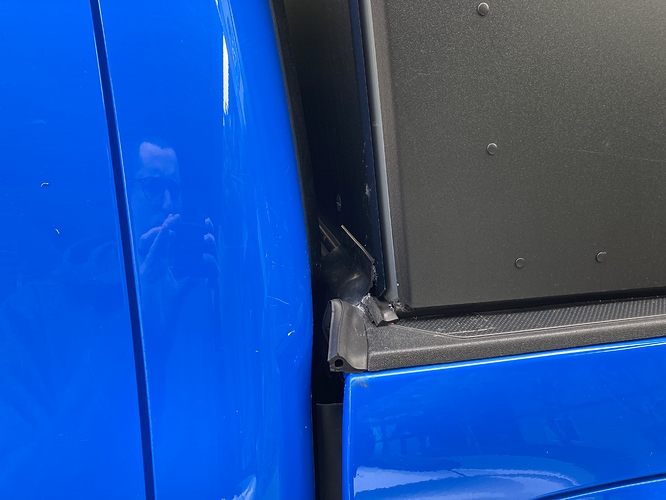 Sweet rig man! Could you possibly measure from the top of your new deck to the bottom of the platform floor? I’ve been trying to plan some build stuff with the number 32" in my head just guestimating, hopefully I’m relatively close haha

Mine measures out to about 29" from the top of the deck to the sleeping platform.

Perfect, really appreciate that! Now to completely rethink my build…

Finished my install of the Gecko LED kit today. I decided to run my lights off a Goal Zero Yeti 200x. The install was generally easy except one of the LED strips was longer than the rest and had a cord that was half the length.

First step was with the upstairs. The sticky back is already lifting in spots, may have to reapply some better adhesive. 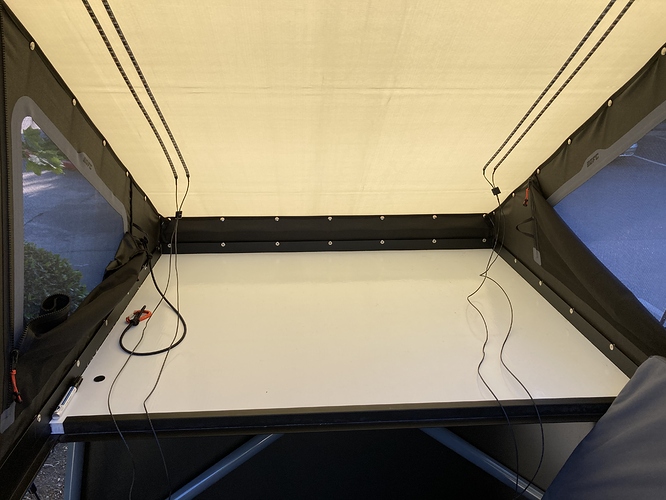 Routing the wires to the rear: 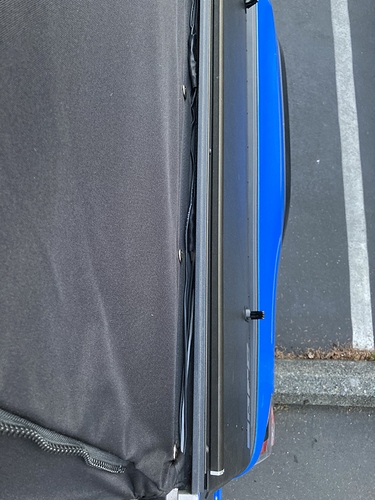 Wires come back under the tent. I drilled a 1/4" hole in the frame to pass the wires/ 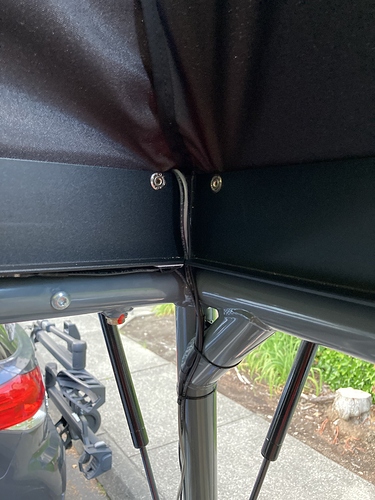 Drilled a hole in the ammo can for one of the button switches. This controls the white LEDs, both upper and lower. 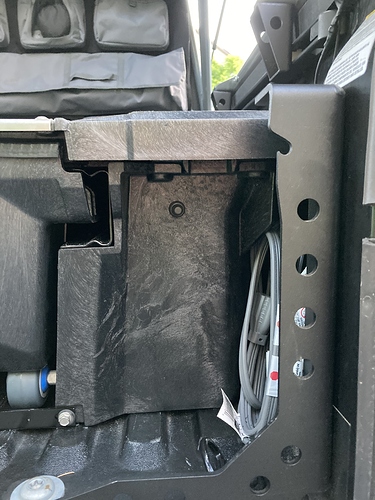 The worst part of this is the lack of a good option for the red LED switch. Right now it just sits loose coming out of the tent. 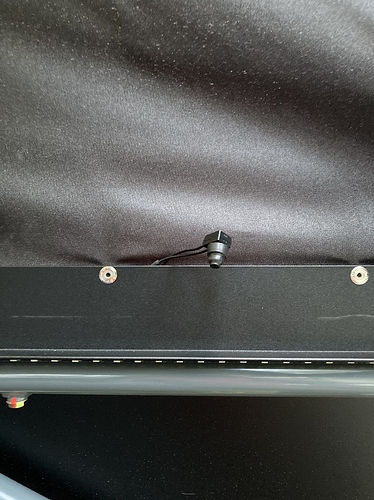 The Yeti 200x fits perfectly in the ammo can of the decked system. The ammo can tapers so the yeti doesn’t fit all the way to the bottom. This turned out to be a benefit as it allows air and wires to circulate around the entire unit. I spliced the LED wires into a 6mm plug. 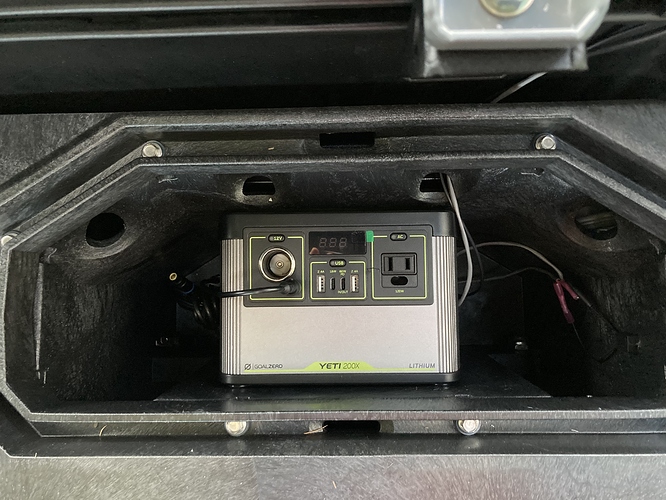 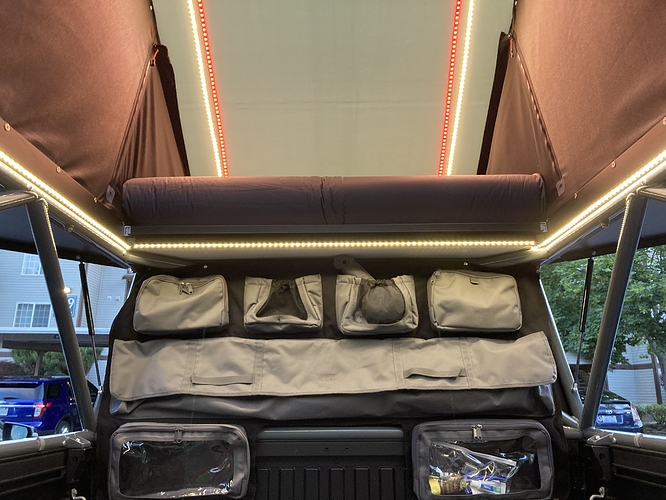 I also installed the Duluth Seat Back Bunker. I cut the straps off and drilled holes in the fabric so It could attach to the frame.

I also bit the bullet and upgraded to the Exped Megamat Duo LW+. Damn is this thing the best upgrade you can make. It is slightly too wide but it doesn’t put too much pressure on the tent. Still figuring out the best way to fold it for closing. 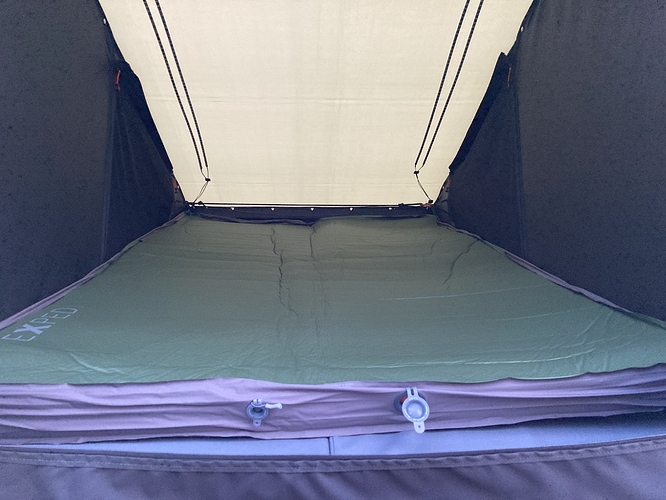 Mattress upgrade is clutch. I went with custom cut memory foam for each panel but the exped is a great option too. Stock mattress is just not enough cushion.

Temporary install of the Big Kahuna shower. Still working on a cleaner way of keeping it attached to the decked. 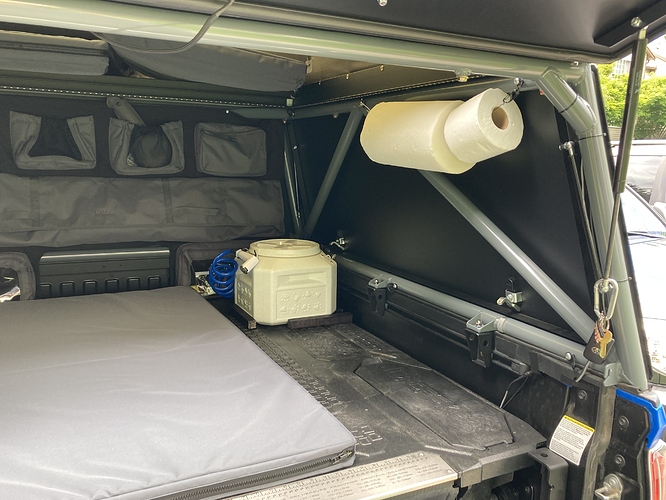 Also installed these to most of the factory bolts. Have come in handy so far! 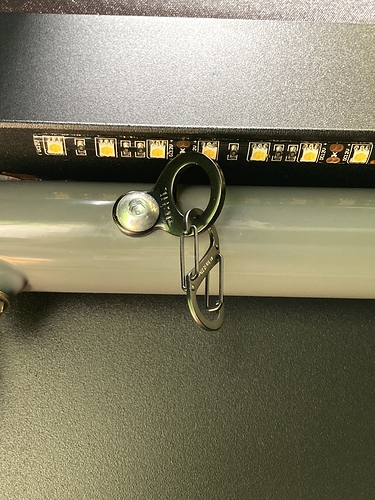 How thick is the memory foam that you used?

I didn’t use any memory foam. I removed the mattress and replaced it with the MegaMat Duo 10 LW+

I have 1.5” foam, firm, from a mattress store in town. It makes closing the wedge quite a bit tighter and more tedious but completely worth it for the comfort. I can’t keep any sleeping kit up there though.

Weekend trip in the north cascades. The rain and fog came in hard and we had our first night dealing with heavy condensation. A solution for that will be my next task. 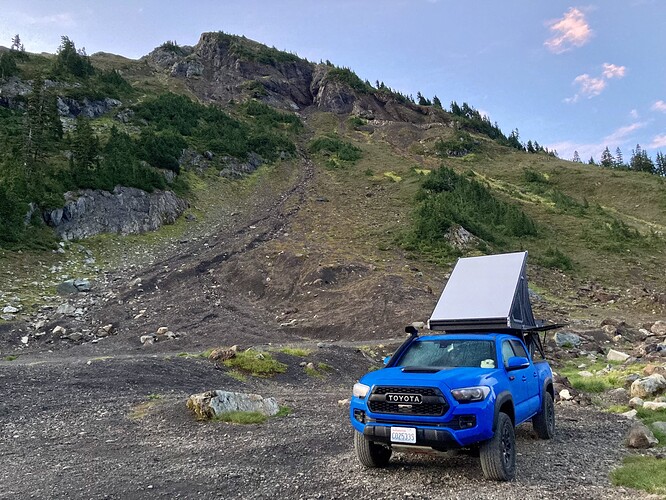 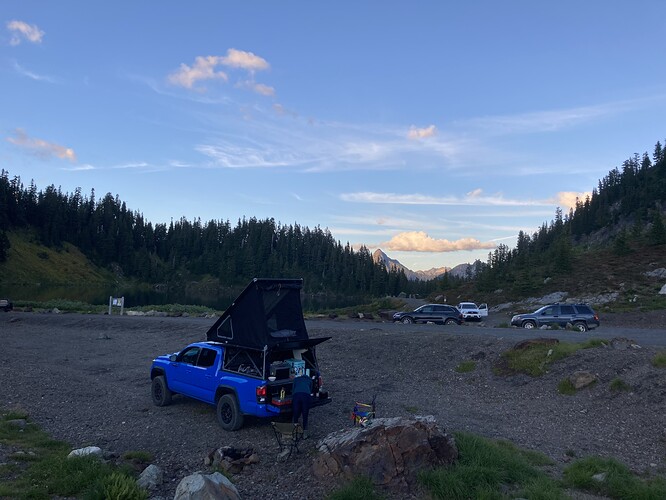 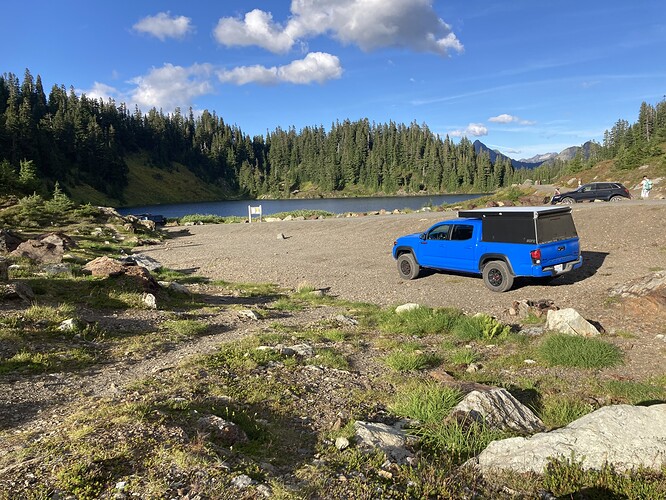